It's been a month since businesswoman Norah Casey appeared on the Late Late Show where she spoke about her first marriage and the domestic violence she suffered at the hands of her husband of nine years, Peter.

On the Ray D'Arcy Show, Norah Casey spoke at length about her past life and why she decided to speak out about it.

Norah spoke of how drink did not agree with her husband but doesn't believe that she married an alcoholic. She spoke of living through the threat of violence and aggression and the night she had to barricade herself in a room.

'I'm telling you... what I never even admitted on the Late Late is, I was sure I was going to die that night... he took a knife'.

On this particular evening, he drove home with drink on him. Norah decided to walk home and by the time she made it back he was asleep. When he roused, he opened the door, grabbed her hair and pulled her into the hallway, where he kicked and battered her.

Norah, who never went for any sort of counselling, feels that she now has the power in her to speak about what happened and to change people's lives. When all of this was going on, Norah told Ray that she spoke to nobody, her family was in Ireland, she was very much alone.

To leave and walk away from her marriage, she had to get to the point where she was prepared to be homeless. She left him on a Friday morning. She spoke of the strength it took to not go back to him, when he ended up in hospital from a burst oesophagus.

'He became a much bigger monster after I left him than he was when I was with him...When I was digging out photos for the Late Late I couldn't recognise the person that was me smiling next to him... we actually did have these happy times'.

Norah urged those listening that if they are suffering at the hands of domestic violence, to seek help; recalling the time she was first slapped against the car, she thought it would never happen again.

'I believed it would never happen again...Once he slaps you once, he'll never stop slapping'.

Since opening up about her experience, Norah has received hundreds of messages of support and messages from those in similar situations. She hopes that domestic violence can be stopped by more people talking about it and through education in schools. 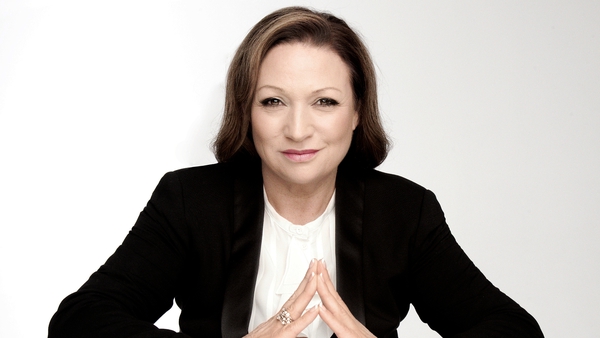