In the last year, people Tweeted the word 'love' more than 2.5 billion times globally. That's a lot of love people. This Valentine’s Day, we took a look at the Tweet that has attracted the most ❤️s on Twitter so far this year. 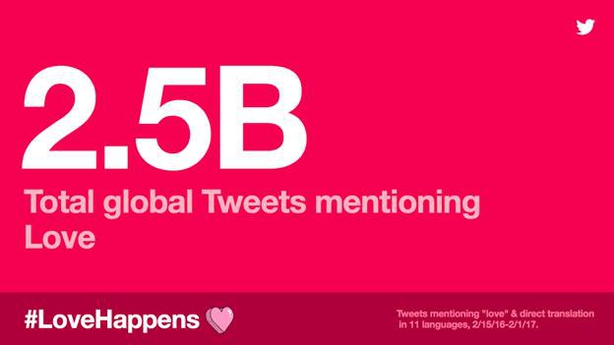 When you want to share love on Twitter, you have endless hashtags and emojis to choose from. This Valentine’s Day, we took a look at the Tweet that has attracted the most ❤️s on Twitter so far this year.

Thank you for everything. My last ask is the same as my first. I'm asking you to believe—not in my ability to create change, but in yours.

And the most Tweeted ‘love’ hashtags: 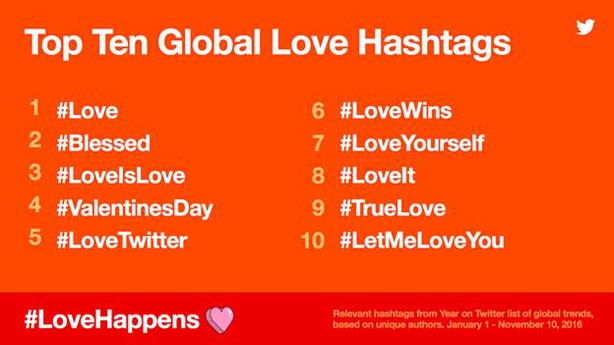 Sometimes a picture tells a thousand words - and thankfully when it comes to love there are many emojis to choose from. These were the most popular love-themed emojis on Twitter in 2016: 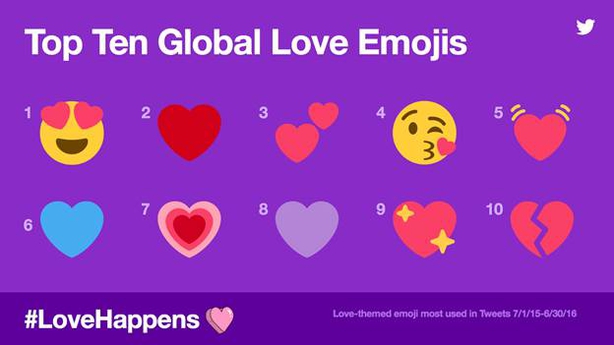 True Love Stories...
More often than not when we think of love, we're obsessed with the romantic type but another love story unfolded on Twitter.

In November 2016, dad @GrumpyCarer needed to find a discontinued @tommeetippee_UK cup for his autistic son and he turned to Twitter for help. The response was heartwarming.

Reward for cup like this! Son has severe #autism & would rather go to A&E dehydrated than use ANY other cup - colour shape etc PLEASE SHARE pic.twitter.com/iglWs9IKA9

Seven-year-old Bana al-Abed gained hundreds of thousands of Twitter followers for Tweeting from besieged eastern Aleppo. Bana’s account was set up in September 2016 and brought the world together to Tweet their support for the people of Aleppo.

The army got in, this could be our last days sincerely talking. No Internet. Please please please pray for us.- Fatemah #Aleppo

Bana has since been safely evacuated and is using her account to remind everyone that love is greater than hate.

Love is greater than hate.

Join the celebration of love around the world this Valentine's Day with #LoveHappens to unlock a special emoji.