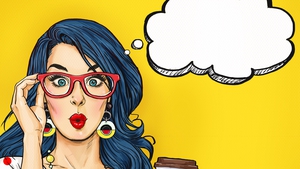 A working mum who shares the highs and lows that come with the gig plus a couple of giggles and observations along the way.

Meryl Streep knows how to pack a punch. Two months after The Donald became President Elect of America she hit him hard in her Cecil B. Demille Award acceptance speech – the highlight of the 74th Golden Globes.

In a speech which was more Michelle Obama than Trump in tone and in her reference to the Twitter-ranter without mentioning him by name, she denounced bullying, particularly by those in power.

In just six minutes she managed to do what many spend careers trying to do – make a stand against what she believes to be disgusting, ugly bullying.

Judging by the reaction around the room and the world, it was a timely call-out for us all to take a stand against injustice and for the media to hold the powerful to account for their actions.

With Hollywood listening intently and the world watching from afar, Streep said: "All of us in this room, really, belong to the most vilified segments in American society right now.

"Think about it: Hollywood, foreigners and the press."

She highlighted the ethnic mix of Hollywood, naming many of well-known actors including one of our own: "And the beautiful Ruth Negga was born in Addis Ababa, Ethiopia, and raised in Ireland, and she's here nominated for playing a small-town girl from Virginia."

She spoke about the need for empathy and acceptance in today's world before she made her main point.

There was one performance this year that stunned me. It sank its hooks in my heart. Not because it was good, there was nothing good about it, but it was effective and it did its job.

"It was that moment when the person asking to sit in the most respected seat in our country imitated a disabled reporter. Someone he outranked in privilege, power and the capacity to fight back."

Streep was referring to a rally in November 2015 in New York involving New York Times reporter Serge Kovaleski, who has a condition that affects his joint movements. Trump has denied mocking the reporter.

Trump tweeted: Hillary flunky who lost big. For the 100th time, I never "mocked" a disabled reporter (would never do that) but simply showed him.......

Hillary flunky who lost big. For the 100th time, I never "mocked" a disabled reporter (would never do that) but simply showed him.......

"This instinct to humiliate," Streep added, "when it’s modelled by someone in the public platform, by someone powerful, it filters down into everyone’s life because it kind of gives permission for other people to do the same thing.

“Disrespect invites disrespect, violence invites violence. When the powerful use their position to bully others we all lose.”

We have long been a fan of this powerhouse of a three-time Oscar-winning actress. In her Lifetime Achievement award speech she has given us renewed hope that together we can and must speak out to ensure that bullies, racists, bigots and misogynists do not get to turn all that is good into ugly, bad behaviour.

There may only be three years between Streep (born June, 1949) and Trump (June 1946) who were both born in New York but they are worlds apart when it comes to politics and beliefs, it would seem.

Who knows? Trump may surprise everyone by becoming the President that America needs him to be. In the mean time, we are all watching, eyes wide open while celebrating a class act who isn't afraid to call it as she sees it.

Trump tweeted: "Meryl Streep, one of the most over-rated actresses in Hollywood, doesn't know me but attacked last night at the Golden Globes. She is a....."

Meryl Streep, one of the most over-rated actresses in Hollywood, doesn't know me but attacked last night at the Golden Globes. She is a.....