Both the Irish Examiner and Irish Times lead with stories, based on the report by the Oireachtas Joint Committee on Finance/on motor insurance, which is highly critical of the industry.

Both headlines incorporate the word "exploited" - taken from the report's description of how "cartel-like" insurance companies are treating motorists with clean driving records. Both  tell us that the report accuses the insurance industry and the Central Bank (which is charged with protecting consumers) of "throwing motorists to the wolves.

The Irish Independent leads with he appearance of AIB's CEO, Bernard Byrne, before the Oireachtas Finance Committee. Having accepted that house prices will rise as a result of new initiatives from the Central bank and the government, he said that the rising prices would have a positive impact because the would encourage construction. 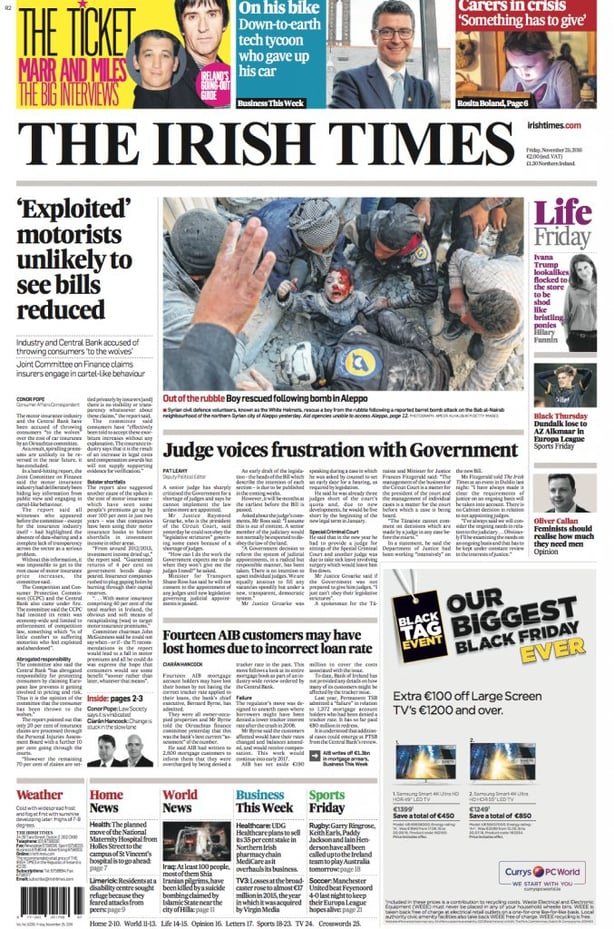 Iceland, the country, is legally to challenge Iceland, the UK retailer, at the EU's intellectual property office, for use of its name. It says that the retail company has "aggressively" pursued, and won, multiple cases against Icelandic companies which use "Iceland" in their representations or as part of their trademark - that's in the Times.

The effects of the pre-Brexit fall of Sterling have infiltrated the motor trade, as the Irish market is now flooded with used imports from the UK, the glut serving to lower prices of used cars here but on the other hand, making it more costly to buy a new car... That's in the Independent.

Of the seven suspected jihadists arrested in Strasbourg and Marseilles last weekend, two have been released but the other five have had their custody extended - investigators found that they were searching online for details on targets such as Disneyland Paris and the Champs-elysees Christmas market - that's in the Mail.

Which also tells us that in behind-the-scenes negotiations with the Egyptian regime, deportation back to Ireland for Ibrahim Halawa, who has been held for 3 years with his trial having been postponed 16 times, is being explored by our government representatives, an eight-member group of whom, led by the Ceann Comhairle, Sean O Fearghail, will, we're told, go to Egypt after the Dail rises on Dec 16. 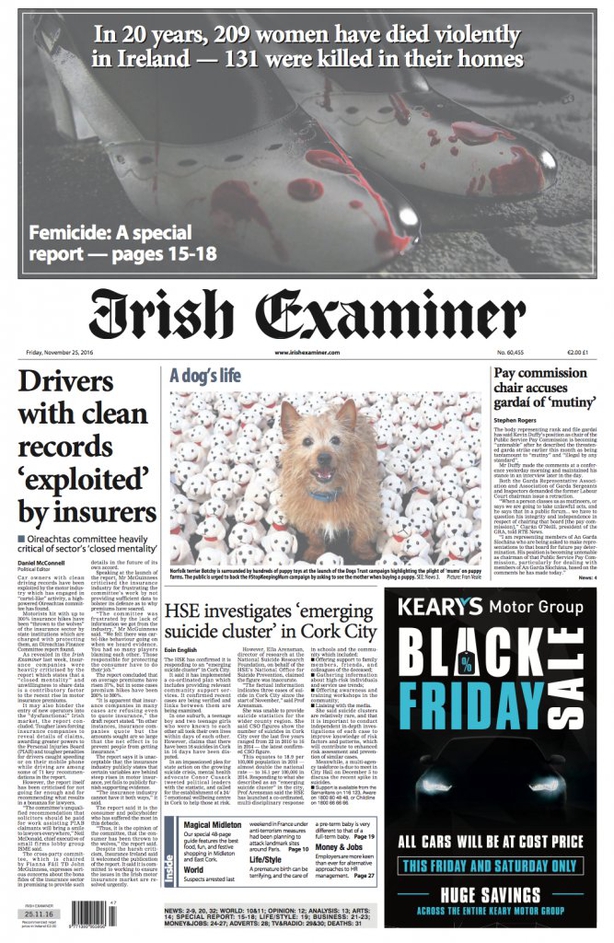 From the good news department - CSO figures show that at 8.2 million,  tourism arrivals here for the first 10 months of Twenty-16 have already beaten the numbers for the whole of last year. That's in the Independent...

And from the good news department - maybe - Intel Ireland is to lodge a new planning application with Kildare County Council for additional plant in Leixlip to manufacture chips - although its parent company is still undecided as to where the facility will be sited - with other locations also in the running. That's in the Times. 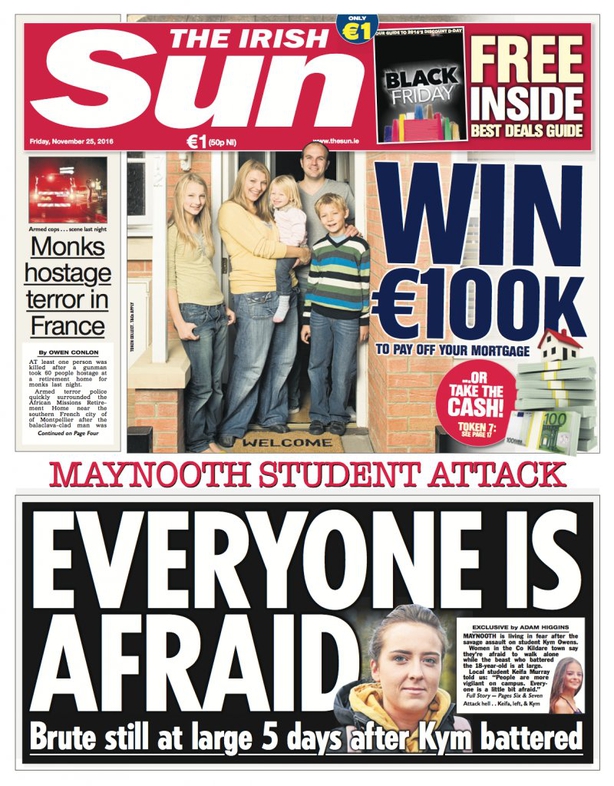 The Star and Mirror highlight nine personal injury claims the man has won over the past two decades, having sued following four traffic accidents and other incidents such as:

The Irish Daily Mail, which also leads with this story, adds a workplace accident to the list.