Trade union leaders have demanded that the Minister for Public Expenditure, Paschal Donohoe, open discussions on a new public sector pay deal immediately, or he will face a free-for-all pay war with workers. So the Irish Examiner reports in its front page lead story.

And pay is the main story for the Irish Daily Mail too. The paper reports that striking teachers face going weeks without any pay after the ASTI union's decision to shut down hundreds of schools around the country.

The Irish Daily Mail says the Department of Education has confirmed that it has begun docking the pay of ASTI teachers for any days -- including yesterday -- when they caused schools to close. 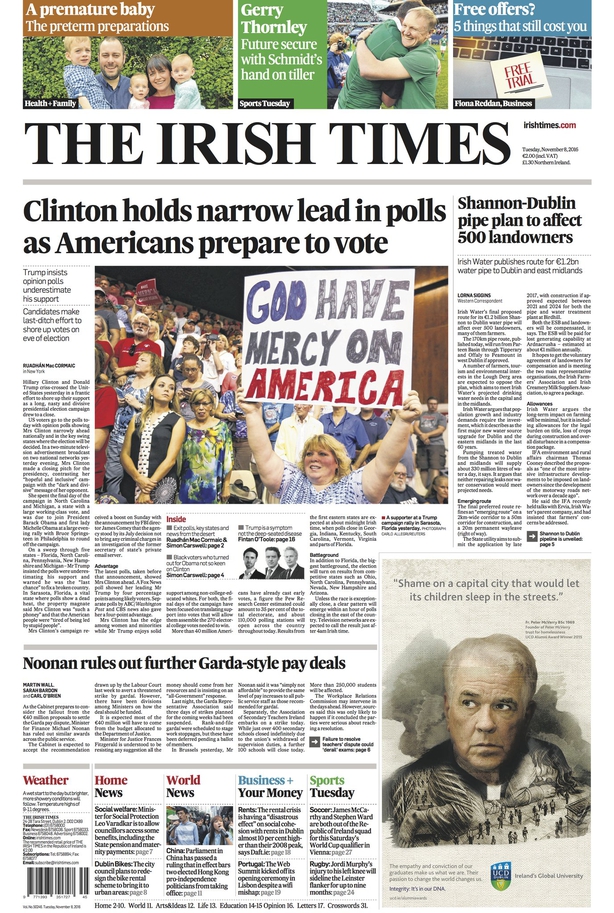 The appearance of Freddie Thompson in court in Dublin yesterday charged with the murder of David 'Daithi' Douglas in the city last July provides the lead story for the Irish Sun. 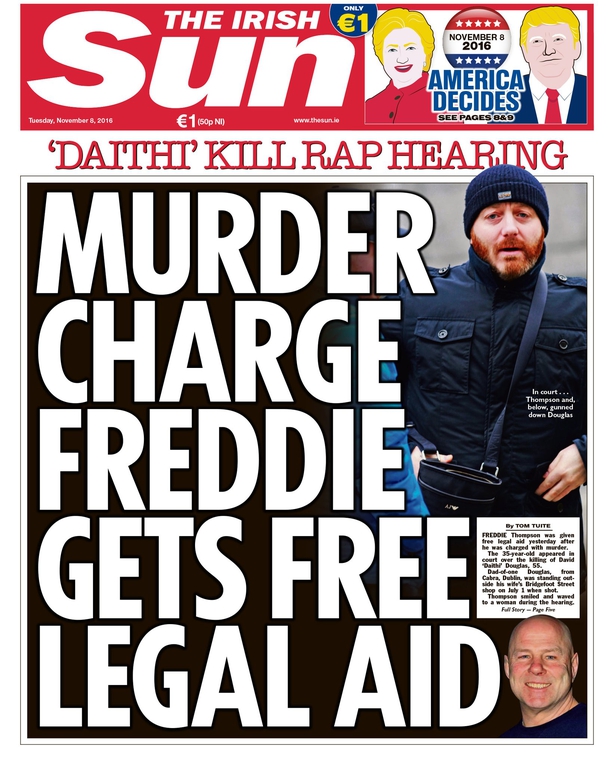 The Irish Daily Star leads with another Dublin court case, in which Laura Pennick pleaded guilty to having stolen almost 42,000 euro from a woman for whom she was an unofficial carer.

In environmental news, the Irish Times reports that Irish Water's final proposed route for its Shannon-to-Dublin water pipe will affect over 500 landowners, many of them farmers.

Meanwhile, the Irish Examiner reports that the sea levels around Ireland have risen by almost 10 centimetres since the early 1990s. It's the most evident impact of climate change on our environment, according to the Environmental Protection Agency.

Leading with today's presidential election in the United States - the Times highlights the narrow lead shown for Hillary Clinton in opinion polls nationally and in the key swing states where, the paper says, the election will be decided.

"Donald Dumped?" is the headline in the Irish Daily Mirror, with a questionmark after the word "dumped". Christopher Bucktin writes that Mrs Clinton could be on course for victory as angry Latinos turned out to dump Trump. 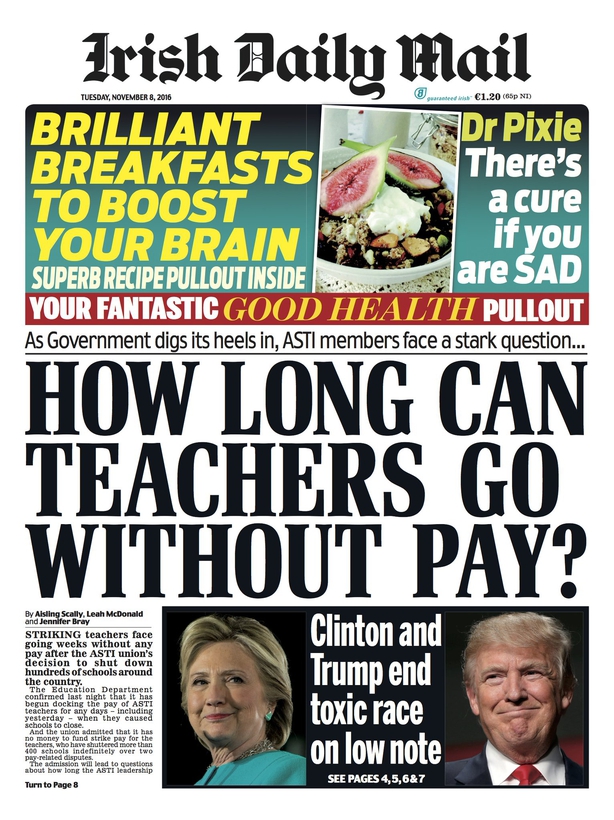 "The great divide" is the Irish Independent's lead headline. Kevin Doyle in New York writes: "There's no middle ground in America any more."

"It's the day of truth for the divided states of America," says the front page headline in the Examiner. But the paper's editorial writer is not impressed by either of the two main presidential candidates, describing them both as "such obvious transparent hustlers".

On the comment pages, Fintan O'Toole writes in the Times that "the worst thing that can happen today is that Donald Trump wins. The second worst is that the defeat of Trump creates a smug belief that the crisis of democracy has passed. Trump is a symptom -- he is not the deep-seated disease," says O'Toole.

And in the same tone, Colette Browne in the Independent says "all the indications are that Donald Trump will lose the election, but the malign influence of Trumpism will endure far longer than its namesake's presidential ambitions". 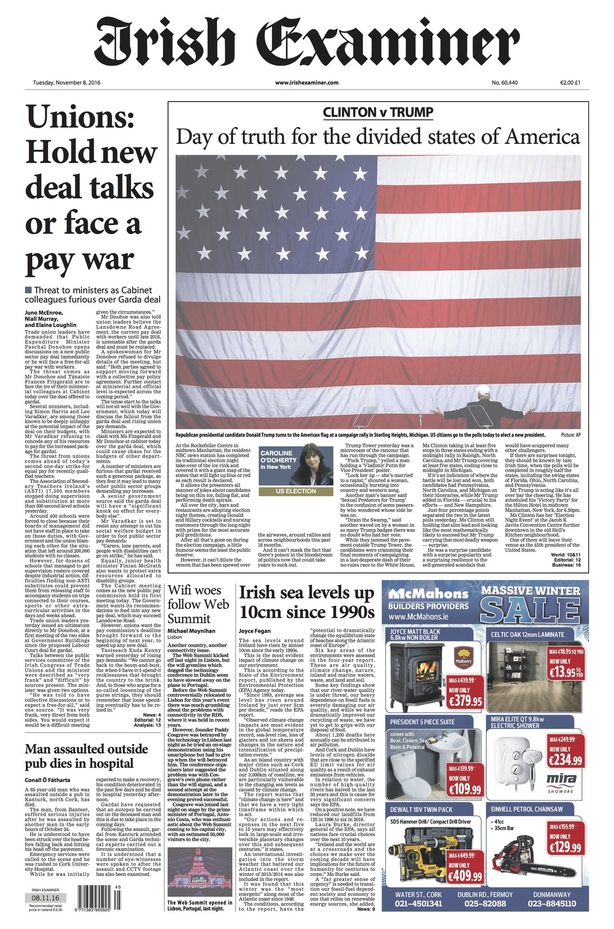 "If traditional politics hopes to outflank Trumpism," says Browne, "politicians will have to engage with its proponents instead of deriding them as cranks and zealots."

The Times has a useful guide, explaining how the election will be won and lost in ten competitive swing states. And what happens after the voting, from the exit polls due at 11 tonight Irish time to the first actual results an hour later, and then four o'clock tomorrow morning Irish time, when TV networks are expected to call the election.

The Independent puts the question: what's the link between the Pope and the way America votes? Before supplying the answer: the electoral college system is based loosely on the Catholic College of Cardinals which selects the Pope. It was chosen with the theory that the most knowledgeable and informed individuals from each state would select a president on merit, not state loyalties.