It's the late night suspension of that same proposed action which makes the lead in most other papers.

In its story, the Irish Times lays out the elements of the deal and tells us 'The government is expected to accept the proposals although they are likely to cost considerably more than the 30 million euro package of measures rejected by the GRA earlier this week.'

Of course, the Gardai have to accept them as well, and noting that the next strike is still due to take place next Friday, the Independent story says of the garda bodies, they 'will now ballot members on a deal worth about €3600 per member of the force'.  The Irish Daily Mail meanwhile focuses on the what it reckons will be the response of the nation at large to the suspension:  'Thousands of petrified communities and business people can breathe a collective sigh of relief' says the story there. 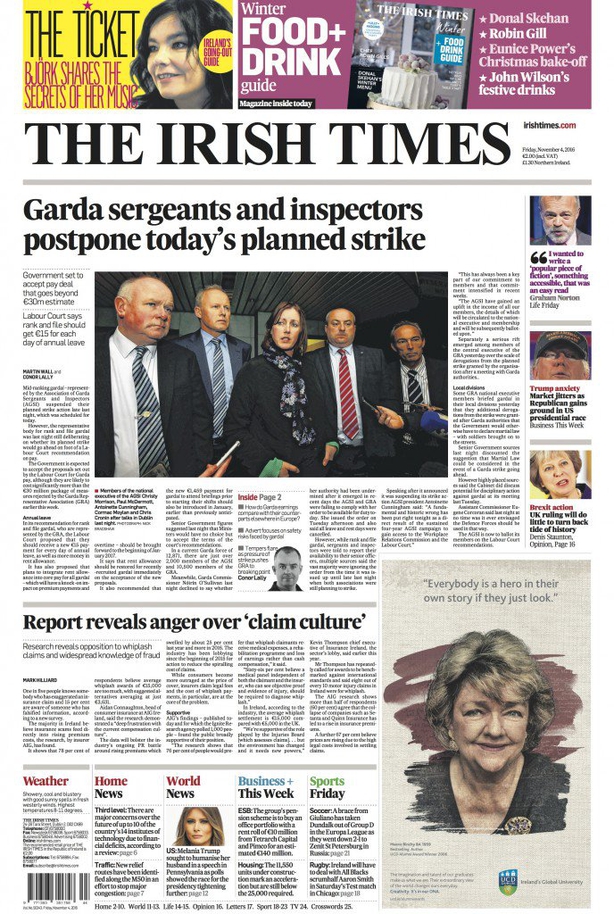 The Irish Examiner leads with it all too - though the edition to hand went to print before the GRA had made THEIR decision, and the paper also highlights, in the news story on the front page, the full page ad the GRA has on page 5 of the paper, in support of their case.... it features a picture of a pretty badly beaten Garda, who, the ad tells us, 8 years after she was kicked in the head, is still suffering pay cuts.

Noireen O'Sullivan will suffer from it all too - at least according to one of the analysis pieces in the Independent.  Niall O'Connor writes under the headline:  'Authority of Commissioner still enormously wounded', while in one of the other pieces on it all, Kevin Doyle says there are 'Questions over how it got so close to the brink'.

Questions too this morning about insurance claims the Irish Times has a front page piece on 'claim culture'.  We're told a new survey has found that 'one in five people know  somebody who has exaggerated an insurance claim and 15% are aware of someone who has falsified information'.  The story says the majority of Irish people believe insurance scams feed directly into rising insurance costs and that  78% of us believe whiplash awards are too high.

Pretty high no doubt though, the spirits and excitement in the Heffernan household yesterday, and the race walker who was presented with an Olympic bronze medal, is getting lots of attention this morning.  Getting attention too, Melania Trump, who made a speech in support of her husband's election campaign yesterday.  The headline over the picture of her on the front of the Mail is  'People are too mean' - says the wife of Donald Trump. 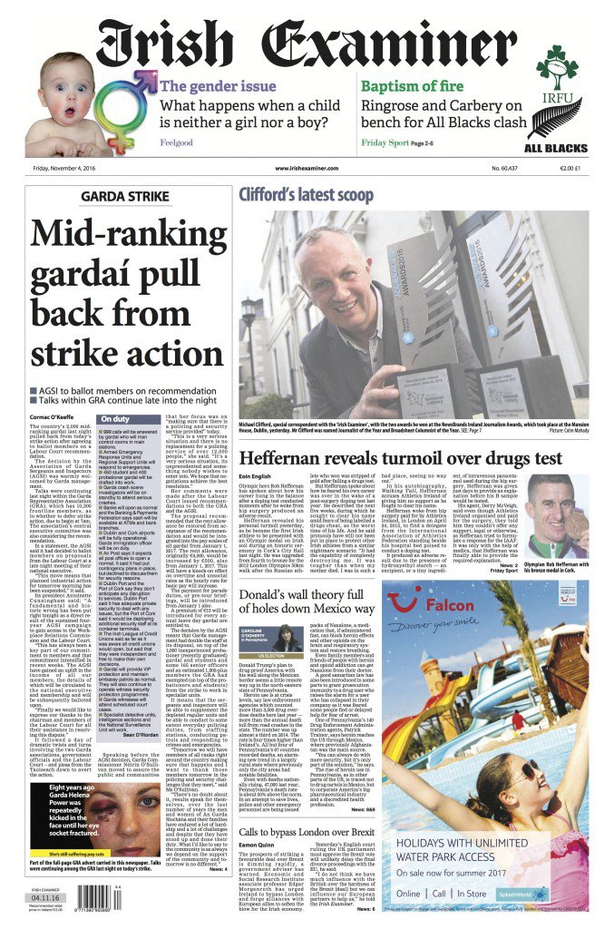 Otherwise this morning, there's plenty of coverage of yesterday's British High court ruling on Brexit.  'Decision adds more haze to an already cloudy Brexit picture' says the headline over Colm Kelpie's piece in the Independent while in the Times, Denis Staunton is less concerned:  'Brexiters' fury only likely fallout from court ruling' is the headline over his piece.

Enda Kenny's role in it all meanwhile gets different responses in the Irish Times, Noel Whelan says of him 'Taoiseach seems intent on making a mess of Brexit' while in the Examiner Alison O'Connor's view is that:  'We should all be glad Kenny is willing to get involved in Brexit talks. 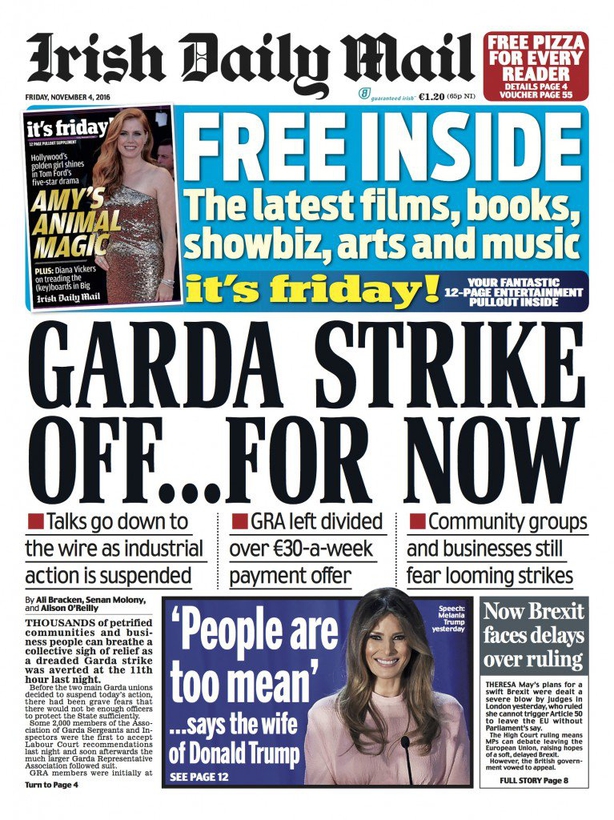 Enid Blyton and the Famous Five

But finally this morning, those of us who grew up with Enid Blyton and the Famous Five should surely all be glad that they have grown up, apparently disgracefully, and are making an appearance again.  Five new parodies have been written we're told - four of them were released yesterday, and the fifth will make an appearance on November 17th.

And so, using the same characters, the same charm but updated captions on the drawings, some of us, as adults, may just may find our Christmas stockings of old re-emerge this year, stuffed this time, with the likes of:  'Five go parenting',  Five give up the booze',  Five go Gluten free, Five go on a strategy day away'  and - of COURSE - Five on Brexit Island.