There was a lot of excitement on Twitter last night leading up to Asking for It?:Reality Bites playing on RTÉ 2. Irish author Louise O'Neill hosted the documentary and there's no doubt she has a strong support system behind her. TV presenter Angela Scanlon, Thunder and Threads blogger Leanne Woodfull, and journalist Una Mullally all tweeted their support before the show aired.

Asking For It, @oneilllo's documentary about consent is on RTE2 at 9.30pm tonight. Watch it. #askingforit https://t.co/XFhxE6HIR3

My brilliant pal @oneilllo has a documentary on @RTE2 at 9.30pm. It's wonderful, powerful & necessary. Please watch it x #AskingForIt pic.twitter.com/dFuwUNI4JN

As soon as the documentary started, a host of Irish personalities began tweeting their support of both Louise and her work on tackling consent, sexual assault, and rape culture in Ireland.

Dear @RichardbrutonTD can you organise to have #AskingForIt shown in all Irish secondary schools? Talking sex & consent w/clarity & honesty.

Singer Niall Breslin, who is well-known for speaking about stigma in Irish culture, tweeted his disappointment at how Irish society ignores the most important issues.

Ireland. The things that are truly most important are things we tend to largely ignore in social rhetoric. Brilliant @oneilllo #AskingForIt

Tbh I HATE this idea that men need to consider a woman as being THEIRS - their mother, daughter, wife - to view her as human. #AskingForIt

RTÉ 2fm presenter Louise McSharry was delighted with the response the documentary was getting on social media but hoped that women weren't the only ones watching.

Great to see all the women on my timeline tweeting about #AskingForIt, I hope the men are watching it too.

Radio presenter Louise Duffy and model Holly Caprenter were quick to praise Louise and the documentary.

Brilliant work by @oneilllo handling a tough topic so well. #AskingForIt should be screened in schools.

Needless to say, the woman herself was delighted with the reaction.

Thanks to everyone who watched and tweeted. Let's keep this conversation going. #AskingForIt

Watch Asking for It?: Reality Bites on RTÉ Player now.

Irish podcasts to get you ready for Halloween 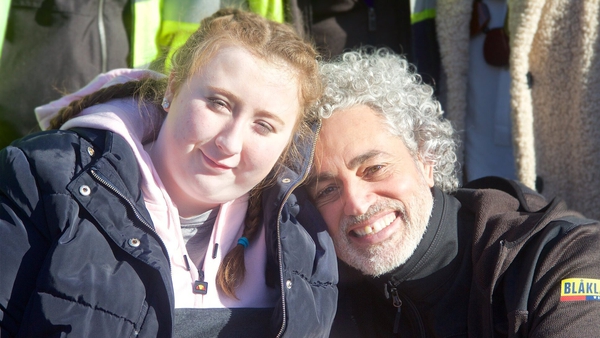