We spoke to Laura Harper, from Aldi ireland, who is a judge of the competition. She explained that, "we have the Junior Muffin competition, it's called the Muffin of the Moment."

We have four individuals here today from different Foróige clubs across the country , we'll have another four down tomorrow , and on Thursday we will have the final. So one of the four individuals that get through to te final will be seleced to get put onto the Aldi shelves. The product will probably hit around December time, and for the kids it's a fantastic opportunity.

With such a great opportunity for young bakers to showcase their talent and maybe even make get some extra pocket money along the way, what are the youngsters choosing to bake?

'"We've all sorts of muffins coming. Some of the kids today are making lemon drizzle, there's chocolate been really heavily featured which is fantastic. For us it's all about the taste, the look, and then for us it's getting it to shelf, to show, well to let everybody else then try!"

The semi-final of the Nation Junior Baking Competition is taking place today at the Ploughing Championships, with the winner being chosen tomorrow. 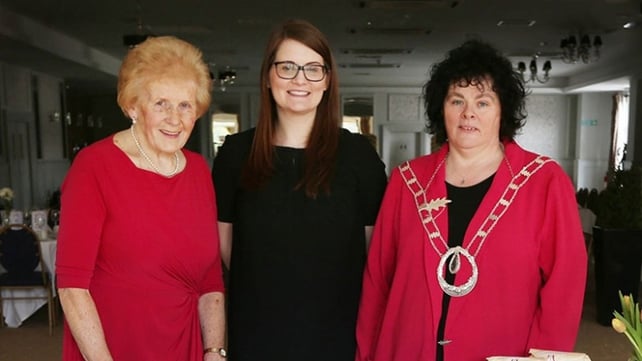 That's not the only baking action that's taking place at the Ploughing. The Brown Bread Competition is now in its third year running, and we spoke to Judge James Deeney about judging such a competition.

It's easy to understand why people would enter such a competition, as "it's our second year where the winner is going to be on the shelves in Aldi, all of ours stores nationwide, which is a massive thing.

"[Last year's winner] Margaret will hopefully by the end of this year, have over ten thousand euro as a prize [from a profit share]."

James then explained how the tough selection process worked:

"We're in conjunction with the ICA...each county has a winner, back in early August I went up to the ICA headquarters, which is a fantastic location, and myself and two other judges, we had the pleasure of tasting 27 breads".

Today is the final of both competitions, with the bread being judged on "appearance, taste and texture, and cut-ability actually, which is massively important!"

To see who wins the Junior Baking Competition and the Brown Bread Competition, follow the live action of the third and final day of the Ploughing Championships here. Don't forget to visit the RTÉ tent if you fancy being on the cover of the RTÉ guide!