That was the central theme of Ryan Tubridy’s interview with John Grogan this morning, author of the six-million selling autobiographical book Marley & Me... Or, to give it its full title, Marley & Me: Life and Love with the World’s Worst Dog.

Here’s how the former journalist reflected on the book’s success.

“I was proud of it, but I thought it was going to be a small little story that maybe a few thousand people would read. I was surprised as everyone when it took off like it did.” 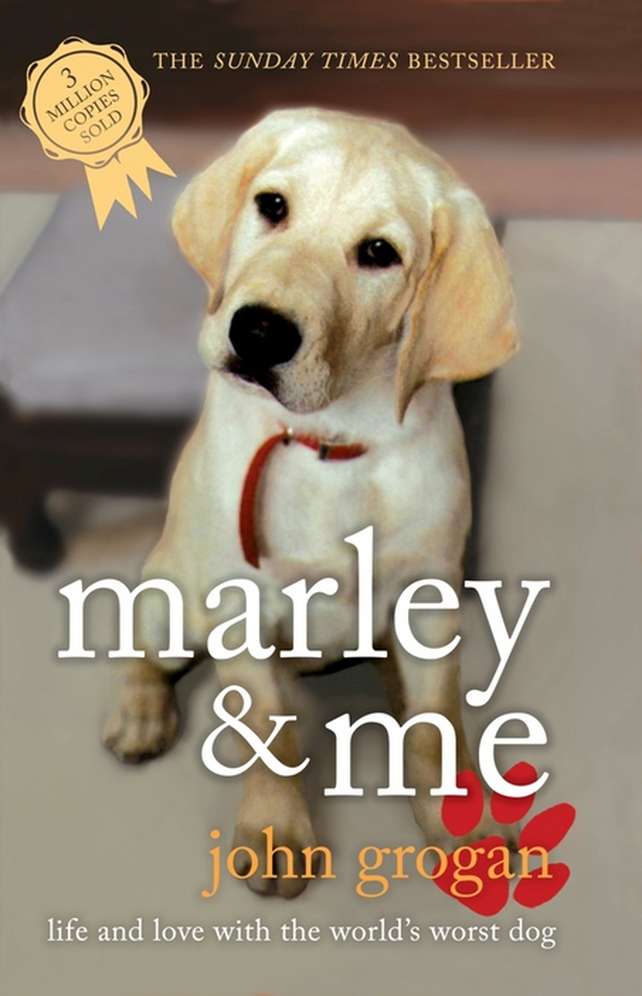 If you haven’t read the book, or seen the movie adaptation with Owen Wilson and Jennifer Aniston, John describes it as “more a story about a young couple starting out in life than a dog. The dog was really the catalyst, the challenge that helped this couple get serious about being grown-ups.”

But despite his identification with dogs, many will be surprised to find that John is not as sentimental about them as many committed dog lovers.

“I’m not overly sentimental when it comes to dogs. I consider a dog a dog, and I don’t feel them as little humans with fur coats on. But at the same time, they really do have an amazing sense of empathy, human empathy.”

And that sense of empathy was clear in an experience John and his wife had following the miscarriage of their first pregnancy. Returning home, clearly distraught, John’s “crazy Labrador” Marley, who had never settled down once in his life, suddenly went really silent.

“As soon as she walked in the door, he went really silent, quiet. He rested his head on her lap, sort of whimpering.”

John Grogan is visiting Ireland for the Doggie Do festival, a family-friendly festival for and about dogs and their humans, which takes place in Herbert Park this Sunday, September 11th.