This week in the RTÉ Guide Dáithí sits down to discuss his role in the phenomenon that is The Rose of Tralee.

“I used to watch all the show as a kid in Kerry and now it’s like ‘Holy s**t!’ But it’s the Roses who keep it fresh for me every year, as they all have different stories. This is a job that you really can over-think: you can wonder how many people are watching and how many people have hosted it before you and all that, but the trick is to just go out there and have fun.”

Dáithí discussed his family life and when asked if he shared any parenting traits with his late father, Maidhc Dainí Ó Sé, he said “I don’t analyse myself in that way”. “I don’t look at myself and wonder who I resemble or follow. To be honest, with a two year-old in the house, you don’t get a chance to think about anything. You’re just booting on through life.

Earlier this summer, the tabloids reported that Ó Sé would like to have another child but the presenter said: “Look, they fire that stuff at me every second week.”

There’s no proper answer to that unless you’re actually pregnant. Now, I’m not pregnant and neither is Rita. So you want to be left alone but then it’s ‘He’s not saying anything, so what’s up?’ So these nonsensical things are published.”

When discussing his career the Today show co-host says he is still a freelance TV presenter with “no safety net.” When the The Late Late Show Show is mentioned Dáithí simply says :

“There’s no a presenter in Ireland that wouldn’t take The Late Late if it was offered to them.”

You can read the full interview with Dáithí and current Rose Elysha Brennan in the RTÉ Guide now! 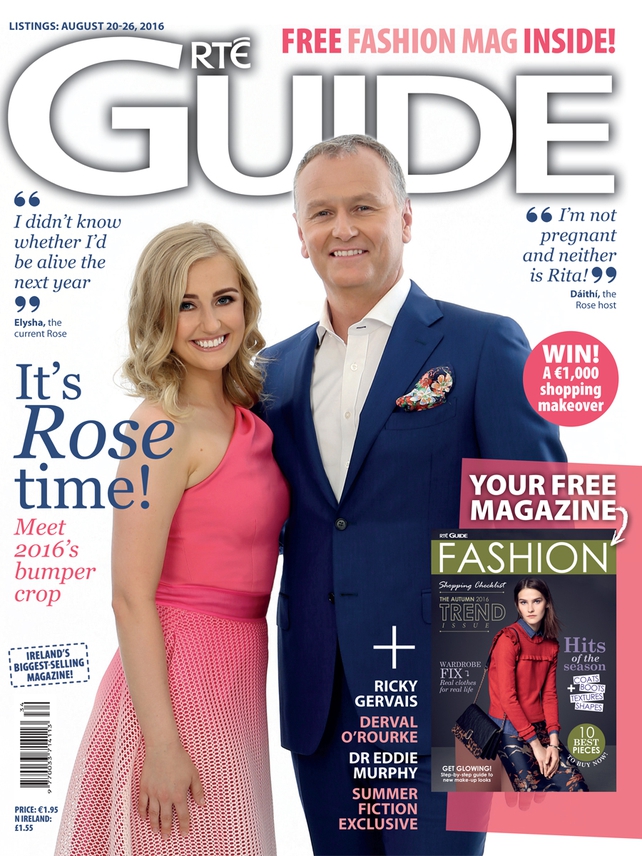