RTÉ One’s hugely successful television series Home of the Year is back for a third series. The show will feature 21 diverse homes from across the country and applications are now open! Whether your home is an unusual conversion, a classic restoration, a contemporary new build or a country cottage, it could be Ireland’s next Home of the Year. Application deadline is August 2nd so get inspired!

Last year Egon Walesch and Richard Goodwin’s cabin in the woods in County Westmeath scooped the trophy. Hugh Wallace described the design of the home as “faultless” adding, “this home had it all from top to toe, and it was the surprise of opening the door that made it exceptional.” Deirdre Whelan said “It was the simplicity of the home, the beautiful flow, the aspect to the water, the fact that they embraced nature into the home”’ which made it special for her, adding, “I could move in tomorrow!” Declan O’Donnell said; “it was a very special home… it was love at first sight for me.” 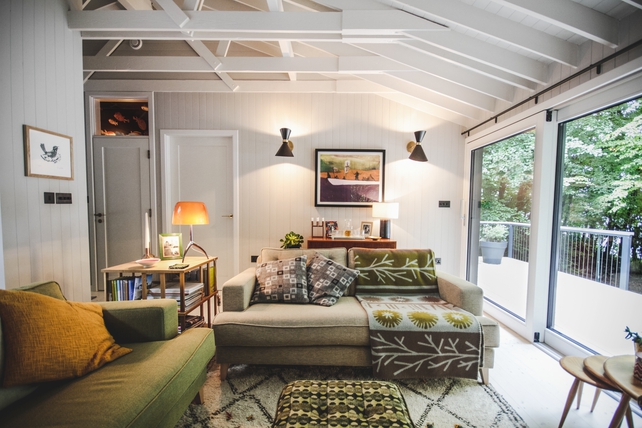 Egon is an interior designer and Richard is a management consultant. Egon inherited this lakeside cabin after his father passed away in 2010 and carried out significant renovations. He wanted to preserve the memory of his parents and the time they had spent together as a family in the cabin, while also creating a colourful, playful modern, country styled home which reflected the beautiful woodland and lakeside setting. Major renovations took place between 2013 and 2014.  Egon and Richard knocked down the internal walls and opened up the ceilings to create an open plan living space with sliding glass doors opening to their decking and beautiful lakeside views.

If you think your home has what it takes then apply online now here or alternately email homes@shinawil.com or call (01) 2080855. The closing date for applications is August 2nd, 2016. And while you're at it, you can get interior advice from Declan O'Donnell here!