What is your favourite meal and who would make it? A toughie we know between you, your Mum Kathleen and Rita all no doubt being handy in the kitchen!
One of my favourite meals would be a Gaelic chicken that Rita makes and it’s made with cream, Irish whiskey, mushrooms and garlic mixed together in a brown sauce over the chicken. Spuds then, boiled, small bit of butter mashed up and fried in butter again. Bit of veg [in there too] – I tend to go for corn which has no nutritional value at all but I love it!

Another of Dáithí's favourite recipes is the Seared Lamp Chops with Mediterranean Butter Bean Stew recipe that he shared on Neven Maguire's Healthy Home Chef series on RTÉ One - click here for the recipe:

Have you learnt a lot about cooking from the Today show? What are your favourite kitchen tips that you picked up on the show?
I’ll tell you the best tip I’ve ever got and I’m pretty sure it was from Neven Maguire who gave it to me: ‘You can always put salt in but you can’t take salt out.’ So put a bit of salt in at the end if you think it’s short. 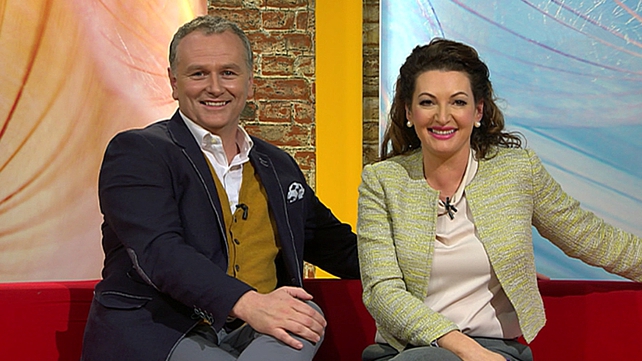 I suppose lots of things we do are geared to making it easier for people at home as well. It’s amazing how people come up with stuff all the time to make it easier and quicker.

Easier and quicker was the first thing and then people got tired of that and then there’s easier, quicker and healthy. Then it had to be easier, quicker, healthy and tasty. What’s going to be next? You’re going to be eating bark of trees or something – we’ll go the full 360!

You featured on Neven Maguire's Healthy Home Chef programme, what did you think about the experience and what did you learn?
First of all, he’s probably the nicest man in the world – he comes across as that on TV and equally surprised that he’s like that in real life. When you have somebody with his talent in the kitchen you’re a small bit in awe. You think ‘I’d never have thought of putting those things together.’ I think that’s a skill he has – it’s like JK Rowling with Harry Potter, how did that come into your head. He’s the JK Rowling of Irish cooking!

You think: ‘How did he come up with that? How did he serve it and make it look like that and how is it so tasty?!’

As Bord Bia Quality Mark Ambassador you have some great new Bord Bia quick-meal cooking videos - what excited you about getting involved in the campaign?
It’s something I believe in. When I was younger I worked on a meat counter and I knew where all the meat came from.

That’s one of the reasons that I believe in the Bord Bia Quality Mark. We’re all busy parents these days and you want to make sure that what you’re getting in the supermarket is 100%.

Did you learn from working with up-and-coming chef Indy Power?
It‘s the first time I met her, I had heard of her because she’s a [food] blogger and on TV. [She’s] very interesting, very young, very articulate and very speedy. When I was her age I was eating bacon and cabbage five days a week, I’d have roast chicken on a Sunday and I probably had a take-away on another day. This girl, she’s in her early 20’s? I hadn’t lived at all when I was that age! I suppose it shows that people nowadays travel so much and I was so busy, like a clown, working.

What did you and Rita do for Valentine's Day this year?
It’s been the three of us for the past two years and you know what we’ll do what [we did] last year - my brother and his wife took the child and we went out. You know what we did, which is going to sound so simple and stupid? We actually talked. We’re always either going somewhere or doing something, when you’re eating dinner with a baby there, your food goes cold because you’re either feeding him or minding him and you never get a chance to talk. We’re all working and you talk on the phone, or you’re at home on your phone but not [talking face to face] so we talked and it was great. It is just so simple and it’s just nice to have a chat.

It's great to see you presenting Taste of Success - how did that go for you?
It’s just a lovely show, it’s about the Irish people behind the food, about people who have been away and brought back their own ideas and mixed it with some they had at home themselves. The fusion of ideas and food – it’s a great show to work on.

The only thing is – I really had to mind myself – I was getting huge because of the amount of food I was eating. Well...I didn’t have to eat all the samples I suppose but there is a temptation because you’re eating the best. There are times when you have it down to the last 20 people and they’re after knocking out hundreds so the [standard of fare is very high].

As a busy working dad, what are your favourite go to meals?
I go for salads and chicken during the summer. I always have one day of treats, as I call them, buffalo chicken wings or buffalo nachos with the missus on a Friday night. Usually it’ll be roasted or grilled food, I love grilled to be honest. Grilled or roast chicken would be my favourite, either one.

Do you do the 80/20 rule (healthy eating 80% of the time and a few ‘treats’ the remaining 20%)?
No. I haven’t even a clue what that is! Ah no, I suppose I do. One in seven [treat day once a week] would be somewhere around that. I know myself, if I have a lot of rich food one day, I’ll pull back for a day or two after. I don’t really have rules, I don’t do Lent. I know by my own body, I know by own weight if I need to cop myself on.

You have said that, like the rest of us, you do have to watch your weight. What exercise do you do?
I do – recently on the Today show we had a chef in [Richy Virahsawmy who made a Sesame Crusted Salmon dish, click here for the recipe] and you’re getting all of this beautiful food and you really have to mind yourself and watch it.

I had a bit of a flu this week so that was my reason but I bought a pair of runners for the first time in three years and I’m breaking them in walking around so this is my first step!

Tell us about your new Village with Vision campaign which yourself and your co-presenter Maura Derrane launched on Today?
There’s €10,000 up for grabs to any village in Ireland – they’ve to make a project that will help their community. In Ireland over the last couple of months between storms, floodings, hardship all around the country and some places have been really devastated and this is one way that we want to hear people’s stories. Calor Gas has given us €10,000 to give to a community, whoever comes up with the best project. We’re really excited about it and Maura and I will be going live from the venue on March 9 and we’re looking forward to that. 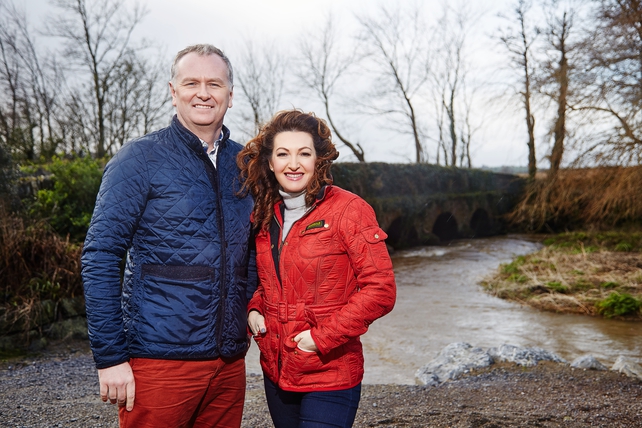 Watch the Today show weekdays on RTÉ One at 4.10pm and if you miss it, catch up on the RTÉ Player.