This quote from the modern classic movie Mean Girls has been immortalised in memes and gifs that saturate social media timelines, especially at this time of year. Why is it so popular? Because it hits the nail on the head.

The concept of dressing up for Halloween dates back to a pre-Christian era when people would disguise themselves in costumes in the hope that the spirits who they believed came back to earth on the 31st of October, the night before the Celtic New Year, would not recognise or harm them. The tradition of ‘dressing up’ has endured over the centuries and now dominates the topic of conversation for everyone from toddlers to teens as Halloween approaches.

For children, Halloween is a time to dress up as something ‘scary’, as a character they love or perhaps in the uniform of a profession they aspire to: a doctor, a fire fighter, a builder.

But once adolescence hits, the goalposts change - for girls, anyway. If you do a quick search of ‘boy’s fire fighter costumes’, you’ll find something along these lines: 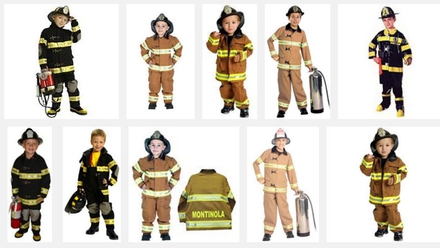 Search for ‘girl’s fire fighter costumes’ and you’re more likely to discover something like this: 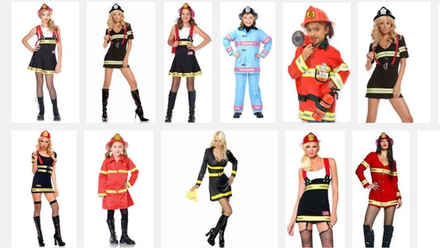 Why is it that women – or indeed ‘girls’ – are expected to want to dress up in stripper-versions of whatever their chosen costume is? Of course, there is nothing to stop girls and women from wearing gender-neutral costumes, or buying the ‘boy version’ of their chosen costumes; usually they don’t. Why? Because the ‘stripper version’ not only attracts more male attention, but has also become ‘the norm’.

To be clear, there’s nothing wrong with grown women seeking male or female sexual attention, if that is what their objective is. Where the lines get blurred, is when teen and even ‘tween’ girls think that this is what a ‘schoolgirl outfit’ is supposed to look like: 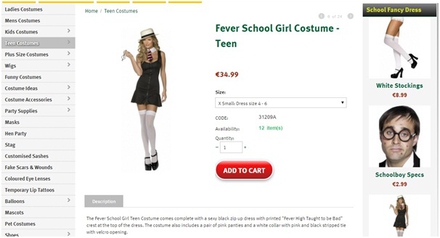 Note that this costume is actually in the ‘teen costumes’ category on this particular Irish costume shop site, beside Frozen Elsa outfits and zombie brides. Note that “the costume also includes a pair of pink panties.”

Why is a ‘sexy schoolgirl’ even an acceptable notion in society, considering the majority of schoolgirls are under 18? What about a ‘sexy schoolboy’ outfit? Oh no. God no. That is crossing a line. Why? Because it’s the wrong gender. Even writing the phrases down, the former seems more playful, more harmless; the latter conjures up sinister notions of paedophiles preying on young boys. Yet for some reason, the ‘sexy schoolgirl’ is an acceptable Halloween outfit that lots of teens and young women will be rushing out to buy this week.

In my experience as a former Irish schoolgirl, this is more akin to what the sultry creature looks like in reality: 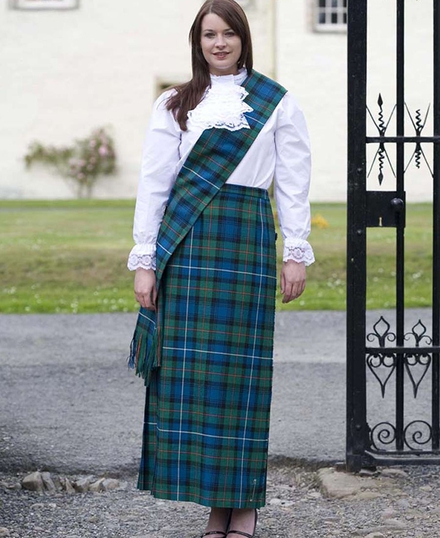 Not quite the same, is it?

Girls are conditioned to ‘put on a show’ from the moment they are born. Even taking sexualisation out of it, there is still the problem of ‘othering’. Girl’s versions of outfits need to be pink, have ribbons and bows or come with a skirt instead of trousers. “Want to be a referee when you grow up, sweetie? Ok, but you have to wear a skirt.” 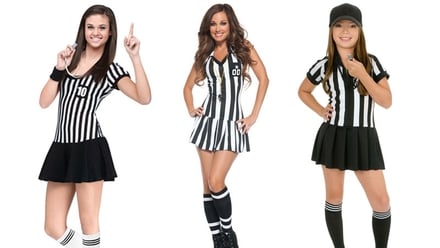 Bottom line ladies, dress however you want. If you feel empowered and hot dressed as a sexy carrot or sexy Cecil the lion, have at it. If you’d rather go as a terrifying zombie a lá The Walking Dead or dress as, I don’t know, a decathlon athlete who doesn’t wear short shorts and heels, then you’d better borrow your brother/boyfriend/male friend’s costume or make your own, because you’re unlikely to find a straight-up, non-sexy version online or on the shelves.

RTÉ is not responsible for the content on other websites.