Applications are now being accepted online from Irish citizens for the card which was launched by Minister for Foreign Affairs and Trade, Charlie Flanagan.

Foróige welcomes the launch of the new card, as spokesperson Fiona Macken said: “Young people and students in particular will benefit from using the card as it will be a useful form of identification that can be carried around with ease.

“The new card should allow young people to travel with greater convenience and avail of all of the opportunities that Europe has to offer – cultural exchanges, tours and trips, conferences and seminars.

“They will also feel closer to their fellow European citizens.

It’s much handier to have a wallet sized card to use as a form of ID without running the risk of losing your original less-pocket-friendly passport on a night out, plus there's the fact that technologically this is pretty swish.

“With the launch of this new passport card, we expect the see more Irish students travelling more fluidly within all thirty countries of the EU and European Economic Area, which can only be a positive thing for young people.

“Geographic distance leads to improved problem solving, and openness to experience builds skills and capacities. Travel also sparks curiosity and an inquisitive mind develops hunger for knowledge and a desire to progress.”

It seems that we’re straight off the blocks on the new scheme too and raising the bar for others to follow.

Minister Flanagan said: "This an Irish-led and Irish-designed project that combines cutting edge technology and security features with ground-breaking levels of user-friendliness and flexibility.

"I am particularly proud that we are one of the very first countries in the world to introduce such a passport card. It represents a very positive story of Irish-led creative thinking and innovation and illustrates that we are very much pioneers in this area.

"It also underlines the Government's commitment to the expanded provision of public services online."

For further information and details on the passport card visit dfa.ie/passportcard 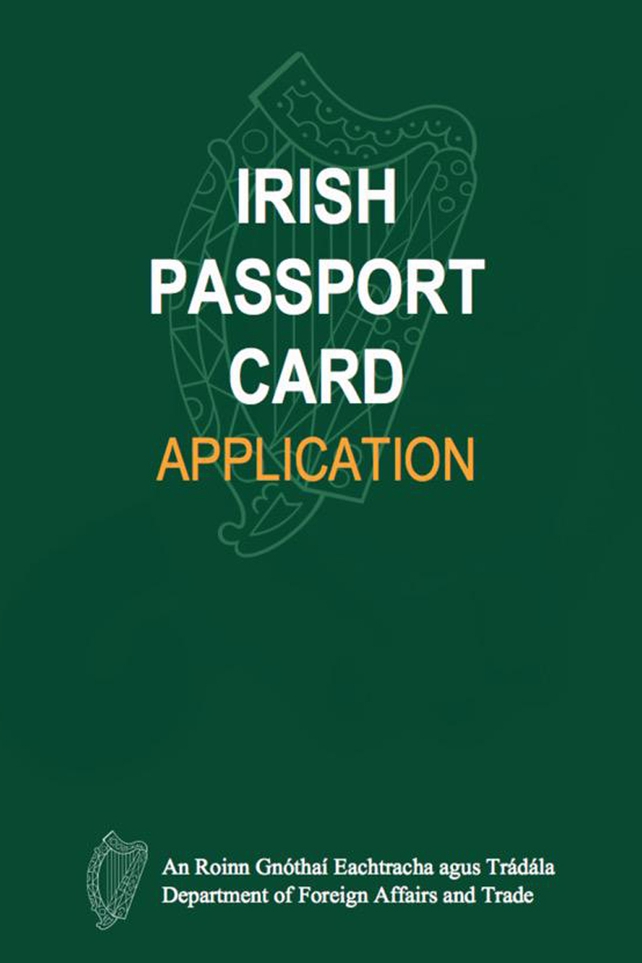