Who better to launch a new Pampers UNICEF campaign then Baby Spice, Emma Bunton plus she has family in Wexford so we were very keen to hear her latest news. The singer told RTÉ LifeStyle that she's keen to turn 'Girl Power' into 'Mum Power'!

Time seems to have stood still for the former Spice Girls singer - she looks fab in these pics and video for the 10th anniversary of Pampers '1 pack = 1 vaccine' campaign.

We've done our part to help - Irish parents have donated more than 21 million vaccines in that time contributing to the worldwide figure of 300 million.

Speaking about the Irish contribution, Bunton, who is supporting the campaign for a third year, said: "From my many visits to Ireland with both The Spice Girls and my Mum to visit our family in Co. Wexford, I know how generous and compassionate Irish people are. It’s great to see how the efforts of parents in Ireland have helped parents in some of the world’s poorest countries by donating over 21,000,000 million vaccines over the past nine years."

Bunton didn't just turn up to be papped for the event, she attended a global summit in New York which focused on the progress of the campaign.

She also travelled to Madagascar last year in a bid to raise awareness, something she is very passionate about: "...the work isn’t over – something I was reminded of when I visited Madagascar last year to see the impact that Pampers’ funding has had on the lives of mums and babies who have benefitted from the maternal and newborn tetanus vaccination programme.”

The campaign has also gone a long way to helping eliminate Maternal & Newborn Tetanus (MNT) from 17 countries however she added: "Whilst great progress has been made, there are still babies in 21 countries around the world at risk from maternal and newborn tetanus."

Watch Emma Bunton in the video above

Former US President Bill Clinton also attended the event in New York, addressing the successes of the ten-year partnership between Pampers and UNICEF in his speech. 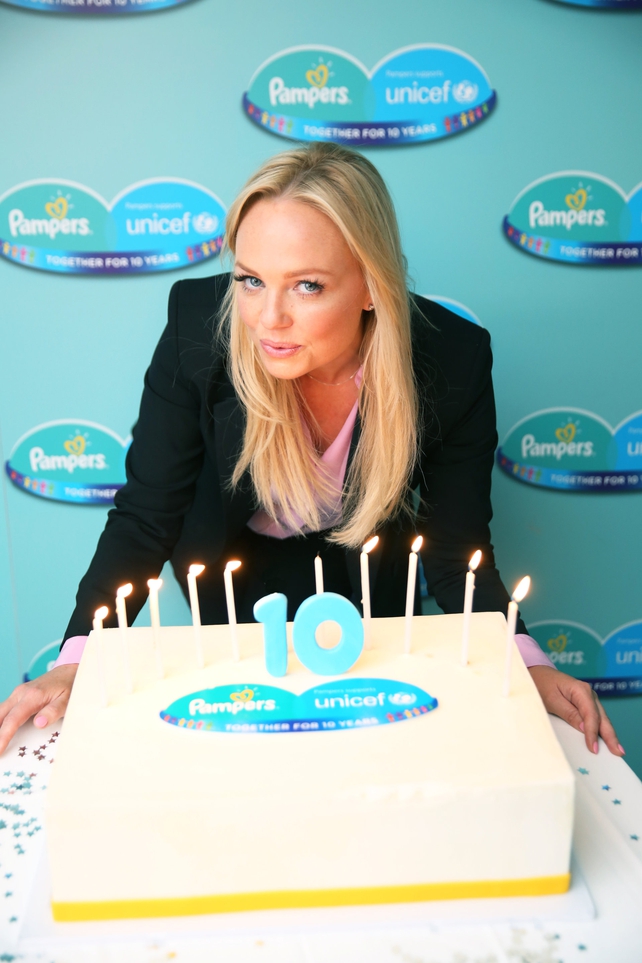