On Tuesday August 18, the U.S. Food and Drug Authority (FDA) gave its seal of approval to a little pink pill (yes, it really is pink) called flibanserin, which has been developed to treat sexual desire disorders in women. The drug, which will be sold under the trade name Addyi, was developed by Spout Pharmaceuticals: a small, female-owned drug company which was bought by pharmaceutical giant Valeant for $1 billion just 36 hours after its sole product was approved.

Marketed as the first drug in history to treat acquired, generalised Hypoactive Sexual Desire Disorder (HSDD) in premenopausal women, Addyi is widely being referred to as ‘the female Viagra’. The comparison is misleading.

Both Viagra and Addyi are designed to treat disorders that impact on the sex lives of the patients prescribed them; the similarities end there.

Amanda Parrish (52) from Brentwood, Tennessee was diagnosed with HSDD in 2009 and participated in the first of three clinical trials for flibanserin. She told RTÉ LifeStyle: “I think it’s a misnomer that it ever got called that. They’re totally different mechanics with totally different goals. I don’t think Viagra is even intended to help with desire at all; it’s intended to treat a functional problem.”

Amanda is right. Viagra’s effects are purely physiological: a man takes one pill before intercourse and it increases blood flow to the genitals, enabling him to achieve and sustain an erection. Addyi, on the other hand, is taken over a sustained period of time, much in the same way that antidepressants might be, and, also similarly, it works on the neurotransmitters responsible for sexual desire: dopamine, norepinephrine and serotonin.

So that’s clear then:

1) Viagra does not improve desire - its outcome is purely physical.

2) Addyi does not affect a woman’s ability or inability to become physically aroused - just her desire.

The approval of Addyi has been heralded by some as a landmark moment for women. But is it really in a woman’s best interests to treat low sexual desire with a nightly bedtime pill that comes with possible side effects such as dizziness, fainting and nausea (common) and hypotension and loss of consciousness (less common)?  Particularly when clinical trials have shown that the results are, at best, modest. Research shows a 0.7% increase in the number of satisfying sexual experiences per month. Sceptics - and there are a lot of them - say it’s not worth the risk.

Anne Mathews, a psychosexual therapist who is based in Dublin’s Mind and Body Works clinic, told RTÉ LifeStyle: “The new drug has poor enough results as compared to the placebo. It began life as an antidepressant, and traditionally we know that antidepressants can suppress libido, so I’m not quite sure how they found that this drug would actually improve it. To me, the risks of side effects far outweigh the positivity. At best, you’re talking about two good outcomes in a month.”

Indeed, the FDA denied approval for flibanserin twice, in 2010 and 2013, for those reasons. They ruled that there were too many potentially dangerous side effects for such a minor improvement in patients’ reported sexual desire levels. When they did pass the drug last week, it came with some serious caveats regarding the lifestyle and medical history of the patients it is prescribed to. A press release issued by the FDA stated:

“Addyi can cause severely low blood pressure (hypotension) and loss of consciousness (syncope). These risks are increased and more severe when patients drink alcohol or take Addyi with certain medicines.”

It went on to say that anyone prescribing the drug must first take part in risk evaluation training to ensure that they can ascertain how likely it is that the patient can stay away from alcohol while they are taking the medication.

These substantial risks have given critics cause to accuse the FDA of kowtowing to external pressures, such as the powerful marketing campaign headed up by Sprout Pharmaceuticals that puts gender equality at the forefront of their dialogue.

“I would think that a lot of physicians and GPs would be looking at the outcomes for this drug, and frankly I don’t think they’re good enough,” Mathews says.

Addyi has certainly sparked a debate in terms of mind versus body and psychology versus physiology. Amanda Parrish says that, though she is an advocate of therapy, she finds that most of Addyi’s critics tend to be female sex therapists and are not usually in favour of what they see as a medical solution to a psychological problem.

She told RTÉ LifeStyle: “My honest opinion, after speaking to the FDA and meeting with these critics personally is, 99 per cent of them seem to be female and they also seem to be PhD sex therapists, not medical doctors. So my gut tells me that they are trying to further their agenda, much like they accuse doctors and pharmaceutical companies of trying to further theirs. Because, let’s face it, if I can take a pill and take care of this I’m going to be less likely to come to their office and seek therapy.”

But Anne Mathews says that the issue is complex and she would advise anyone considering taking this drug to also seek psychological help. “The whole area of disorder desire deals with very complex situations and there’s never just one cause,” she says. “To get a better resolution of the issue, people need to be talking to a credited psychosexual therapist.”

Addyi has seen some age-old topics of discourse reignited: physiology versus psychology, male versus female, medicine versus therapy. But none of these are homogenous groups. More often than not, there is overlap with the issues at hand and the treatment required. If a patient presents to their GP with severe depression, the GP will often prescribe antidepressant but will always recommend and sometimes even refer the patient to a counsellor or psychologist, and even staunch advocates of talk therapy will acknowledge that there occasions when medication is necessary to treat certain mental illnesses.

Amanda said: “I’m a huge advocate of therapy. If I could see a therapist once a week I would; I think it’s very healthy. I just don’t buy it that every single woman out there with low desire, that all they need is talk therapy. I just don’t think that’s accurate.

"I know how antidepressants work, and I do believe that our brain chemicals get out of whack. If someone says to me, ‘Well, a pill can’t just take care of that’ I say, ‘if a pill can balance the serotonin in my brain so that I do not feel depressed or anxious, why can’t a pill take care of my desire?'”

When she talks about the subject, you can tell that Parrishis very comfortable in her own skin and she clearly knows her own body and mind very well. Perhaps this is partly down to the fact that, at 52 years of age with two marriages, four children, a divorce and the loss of a parent already under her belt, she has experienced life and she knows deep down that her HSDD diagnosis is accurate.

“I think the bulk of the patients probably lie between 40 and 60 years of age rather than 30 and 40,” she said, “A lot of women in their 30s, I think, are going to be suffering just like I was from having 10 kids in their bed and working and being exhausted, as opposed to having true HSDD.”

So the writings on the wall are that Addyi might just be the drug true HSDD sufferers have been waiting for. Things become problematic when you consider how difficult it is to actually diagnose HSDD and the fact that although most HSDD sufferers seem to be in that 40 to 60 age bracket, Addyi is designed only for premenopausal women.

What’s to stop women with naturally low libidos or women in bad relationships being pressured into taking Addyi by their partners or, on a larger scale, by society? What’s to say that women with low libidos, who are happy not to have frequent sex, will begin to think that there is something ‘wrong with them’ and that if they just present to their doctor with HSDD symptoms, this little pink pill will turn them into the empowered sex goddesses that society expects them to be?

Then again, if you wanted to be completely gender unbiased on the issue, you could say the same of Viagra in men. What’s to stop randy wives and girlfriends from insisting that their low libido partner top up their testosterone with a little blue pill?

Parrish said: “Women are responsible creatures and can be trusted to take this medication as directed. If you are not bothered by your low desire, Addyi is not for you. If you are having relationship issues, physical ailments or stress is invading your life, Addyi is not the right solution for you.

“Some women respond beautifully to therapy, some it’s not enough, some may need both. The problem is that there has just never been a medical option out there before now.”

Maybe the critics should stop trying to ‘protect’ women from Addyi and realise that real empowerment means having multiple options available to you as a woman, and having the freedom to choose which option works best for you. 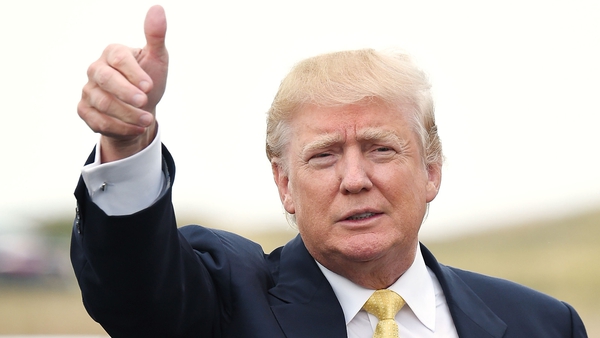 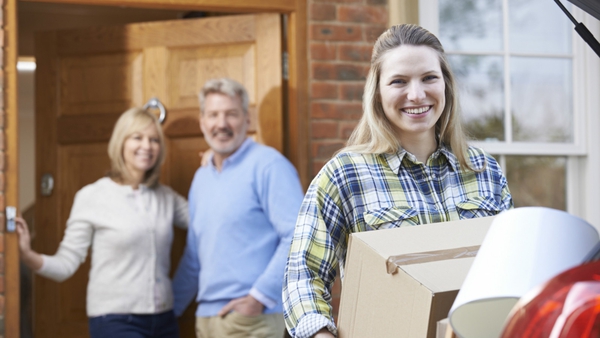 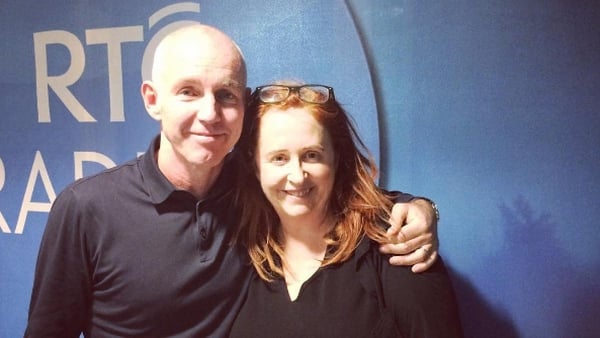 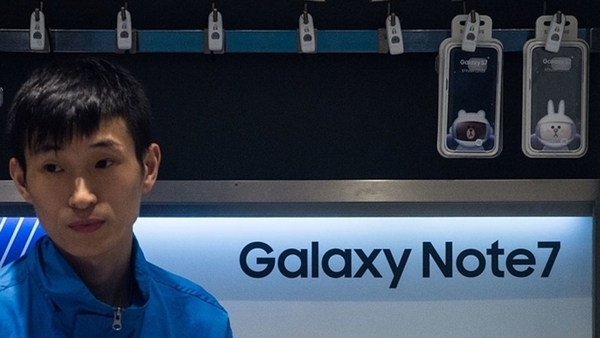 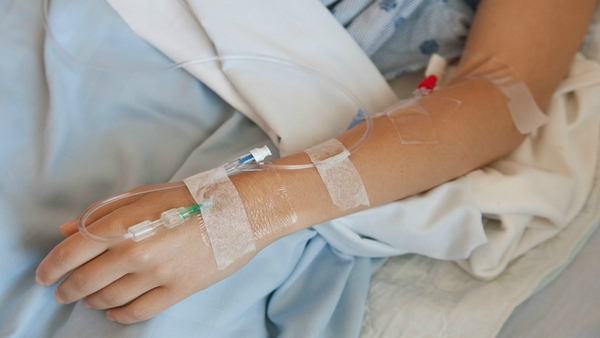