This week, a rare diamond was sold for a record price: known as the Pink Legacy, this gem has set the per-carat record for a pink diamond, selling for 50.3million Swiss Francs  (around $50 million or £38.5million) after only five minutes of bidding at auction house Christie’s.

"Pink diamonds are always a popular choice," said founder of WP Diamonds Andrew Brown. "And a fancy vivid diamond will be viewed as the ultimate prize for collectors."

The piece was bought by renowned jeweller Harry Winston, and re-named the Winston Pink Legacy.

Diamonds are always a la mode, and the Pink Legacy is the latest in a long line of extraordinary gems to empty the wallets of the wealthy. Here are more of the biggest and most beautiful diamonds ever to have set hearts a-fluttering.

1. The Cullinan Diamond and the crown jewels

The largest uncut diamond the world has ever seen, the Cullinan diamond was presented to Edward VII by the Transvaal government of South Africa in 1907, and quickly became the ultimate symbol of imperial majesty.

The 3,106-carat monolith was actually cut into ten different stones: The Cullinan I resides in the head of the crown sceptre, the Cullinan II in the base of the imperial crown, and Cullinans III and IV make up the Queen’s ceremonial brooch. These diamonds reside at the Tower of London under lock, key and the protection of ravens and Yeoman Warders, also known as Beefeaters.

A literal diamond in the rough, the aptly named Incomparable Diamond was discovered in 1989 by a young Congolese girl playing in a pile of rubble. The giant, internally flawless stone drew worldwide recognition for its deep amber colouring and spent several years travelling the international museum circuit.

In 2013 it yielded its delights to Lebanese jewellers Mouawad, who mounted it, accompanied by 91 smaller white diamonds, into the most expensive necklace ever made.

Stripped from the ground in 1666, this Forrest Gump of gemstones has born witness to an impressive swathe of human history. It spent years in the custody of the Kings of France, who marvelled at its pure blue sheen. After Louis XVI’s appointment with the guillotine, the gem was supposedly cursed and was promptly looted from the royal storehouses.

It emerged re-cut in London in time for the Great Exhibition of 1851 and was briefly property of an Ottoman Sultan before arriving in the US in 1911. Since 1958, it has been on display in the National Museum of Natural History in Washington DC, a subsidiary of the Smithsonian and shares many parallels with the Heart of the Ocean diamond from Titanic.

Weighing in at 182 carats – colossal for a cut diamond – the Daria-i-noor dazzles and delights with its purity and pale pink gleam, one of the rarest naturally-occurring colourings. Long the property of the Iranian royal family, this coronation jewel survived the Iranian Revolution and sits on public display in the Central Bank of Iran in Tehran. Research suggests the stone may have been cut from a much larger, pinker diamond that studded the throne of Mughal Emperor Shah Jahan – the creator of India’s Taj Mahal.

Synonymous with beauty and glamour, Elizabeth Taylor loved diamonds almost as much as she loved getting married. Bought by Richard Burton for his wife in 1968 – not to be confused with the Burton-Taylor Diamond the pair purchased a year later – the gemstone formerly known as the Krupp Diamond was Taylor’s favourite of all her vast collection.

Never one to leave gems lonely in a bank vault, she wore it as a ring, and it co-starred with her in many of her film appearances. After Taylor’s death in 2011, the diamond was sold for nearly $9 million, setting a record per-carat price for a colourless diamond.

At 41 carats, it won’t be making any top ten lists for size, but the Dresden Green Diamond has charmed jewellery buffs across the globe with its uniquely rich green hue.

Its extraordinary colour comes from millennia of exposure to natural radioactive materials (don’t worry, it’s not contaminated), creating a natural marvel which has been on proud display in Dresden for over 200 years. 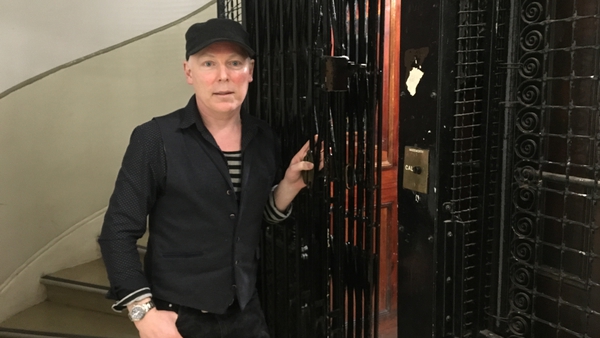