From Zara to Alexander McQueen, there is no doubt that Kate Middleton's wardrobe is one to envy. In fact, Kate is such a fan of her wardrobe, she has dared to 'repeat' her ensembles!

What do we mean by repeat? Well, the Duchess of Cambridge has bought an item of clothing and worn it more than once. Radical, we know.

In fairness, the royal mum of two could easily afford to buy new clothes for every day of the week so we love her fondness for recycling her outfits. Here are her six best fashion repeats.

Alexander McQueen
Earlier this week, Kate Middleton wore a beautiful white coat by Alexander McQueen for a ceremony commemorating the 100-year anniversary the centenary of the Battle of Passchendaele in Belgium.

Fans of Kate's style were quick to note that the Duchess had worn the same white number for Princess Charlotte’s christening in 2015. Kate changed up her look ever so slightly with different shoes and accessories.

Kate first wore the red ensemble in 2012 to London’s Middle Temple with her husband, Prince William. The two met the recipients of existing scholarships as well as announcing their own Cambridge Scholarships.

The colour is gorgeous on Kate and suits her dark locks and skin tone perfectly.

Roksanda Ilincic
In 2016, for her first engagement as patron of the Freud Centre, Kate wore a beautiful Roksanda Ilincic’ 'peridot' dress. She wore her hair down and accessorised with a simple clutch, watch and drop earrings. Not to mention, her incredible engagement ring.

In 2012, the Duchess wore the same dress to the Royal Academy Reception for the GREAT campaign. She wore her hair in an elegant updo and wore a pair of custom Kiki McDonough blue topaz and diamond earrings that she has worn on numerous occasions.

Zara
Kate wore a beautiful crisp white blazer to the '1851 Trust' in June of this year. She paired the blazer with a pair of navy trousers from J. Crew, a colourful rope bracelet. Nautical fashion at it's finest.

In 2016, Kate wore this stunning Zara number when visiting the Cridge Centre in Canada. She paired it with simple black trousers, a chic updo, pendant and pearl earrings. Simple and elegant.

Chloé
Earlier this year, the Duchess of Cambridge hosted a tea party on the grounds of Buckingham Palace to honour the children of those who have died serving in the armed forces. For the 'Party at the Palace', Kate wore a yellow knit dress from Chloé's Fall 2016 Collection.

Last year, while attending a children's party for Military families during the Royal Tour of Canada, Kate wore the knit dress. The mum of two looks as elegant as ever while playing with her children, Princess Charlotte of Cambridge and Prince George of Cambridge. 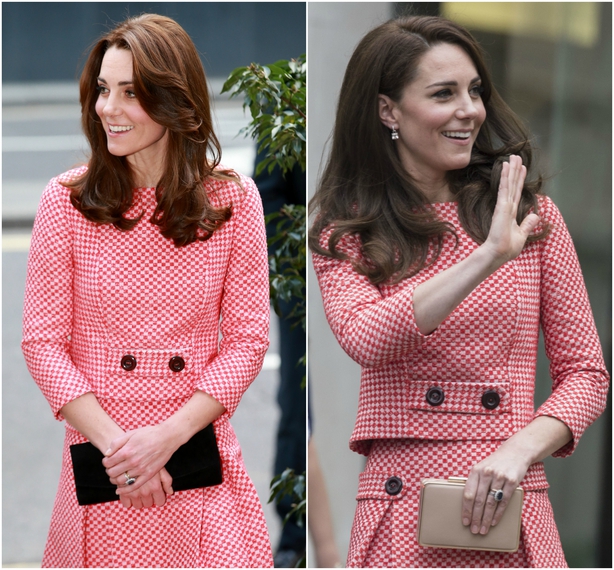 Eponine London
The Duchess of Cambridge attended the launch of maternal mental health films at the Royal College of Obstetricians and Gynaecologists in March of this year. She wore a red and white Eponine London number with boat neck detailing and boxed pleats. Accessorizing with beautiful earrings and a beige clutch, she looked like she had stepped out of the 60's.

Kate first wore the checkered ensemble to visit the mentoring programme of the XLP project in last year. XLP supports young people who are facing emotional, behavioural and relational challenges. On this occasion, the royal fashionista accessorized with a ‘Muse’ clutch by Stuart Weitzman.

Kate has her own style - it works - time and time again. 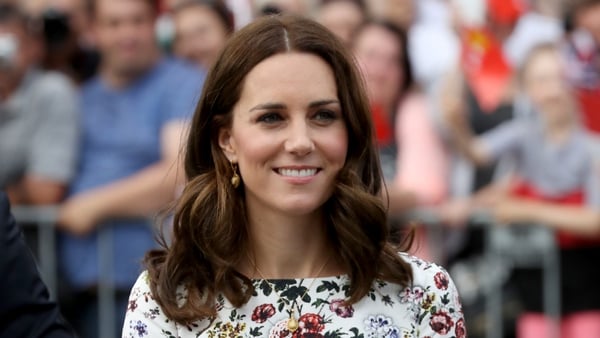