During today's lesson, Múinteoir Cliona talked about how much she loves languages. It's estimated that there are as many as 7,000 different languages spoken in the world.

It is really fun to learn a new language and find words that mean the same thing in different languages. It also fun to hear ourselves say unusual words!

Using the 'Language Constellation' exercise sheet below, pick a number, a type of food, a colour and an item of clothes.

Then find out what the word is in other languages and fill in the stars. It can be any language you like. Let’s use the number three as an example.

That is trí as Gaeilge, trés in Spanish and trois in French. Now you try it! 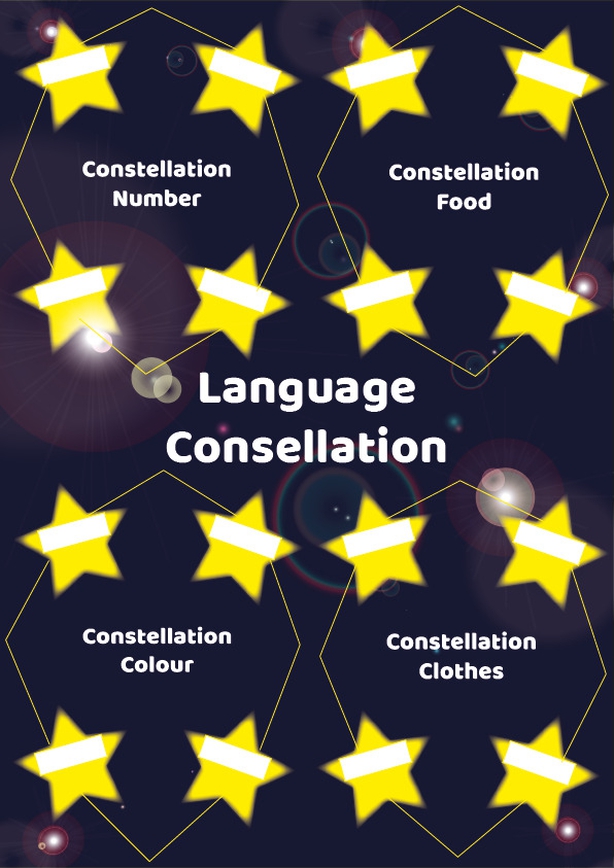 Download the Language Constellation sheet and all the activities for this lesson HERE!

REACH FOR THE STARS!

A constellation is a group of visible stars that form a pattern when viewed from Earth.

Constellations are like a join-the-dots puzzle, but instead of dots, we use stars to draw an image in the sky! Winter is a great time to view the night sky in Ireland as it gets dark very early.

Today, the sun sets at 5.11pm which is very early compared to the summer when the sun sets at 10.02pm! Let's try some star gazing and find some constellations in the night sky.

What you need: A warm coat and a clear night sky

This is the easiest one to spot as it has three bright stars close together that form a straight line. 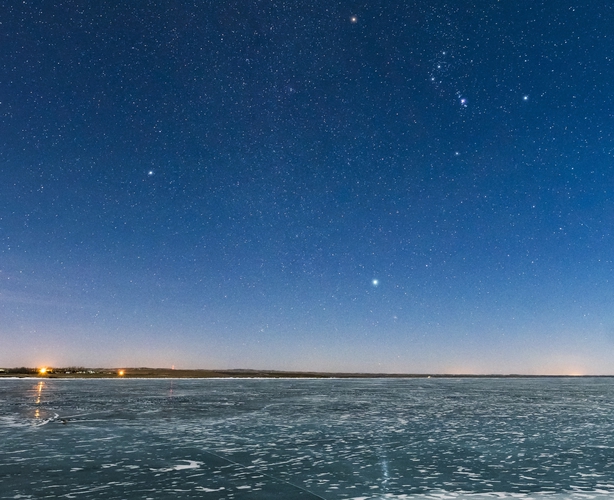 Orion is named after a hunter in Greek mythology.

The Greeks were very good at using their imagination to join the stars together. When they looked at the stars, they saw Orion the Hunter in the sky and the three stars were his belt, so that is why it is called Orion's Belt! 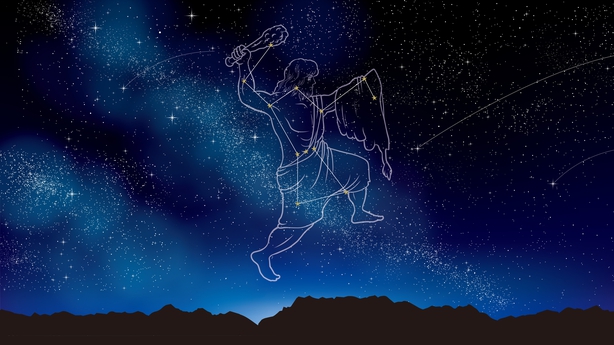 In the top left-hand corner of Orion, where his armpit is, is the super red star Betelgeuse. This is one of the largest stars visible to the naked eye.

Time to use your imagination again! Look at the stars and see if you can make the shape of a sauce pan. Can you spot it yet? It may be at a slightly different angle but just look for the saucepan! It is called the plough in Ireland but it is also known as Ursa Major, the Great Bear.

If you imagine a straight line point up from the last two stars on the right of the plough, it will lead you to the North Star. The North Star is also called Polaris.

It is in line with the North Pole which means it doesn't move around the sky like other stars. As it stays in the same place every night, it allowed sailors in the past to use it to navigate across the seas! 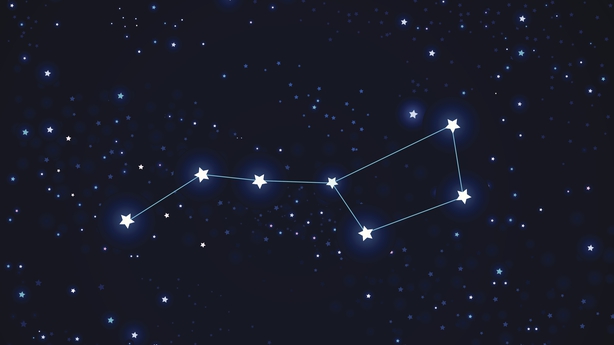 And the Polaris forms the handle of another constellation that looks like a saucepan but this time it's upside down! This is called Ursa Minor, which means Little Bear! 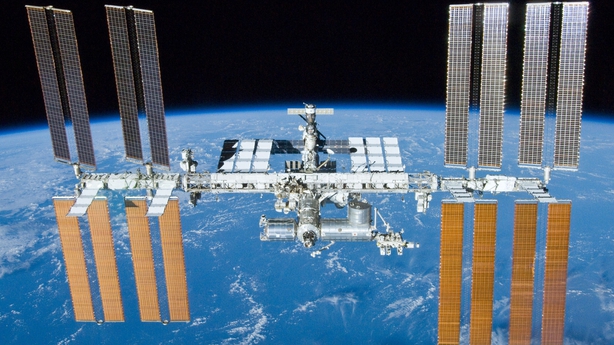 Believe it or not, you can see the International Space Station, or ISS, zoom across the night sky! It is like a very fast airplane but the light doesn't flash. NASA has a cool website that tells you exactly when it will pass over your house!

The space station flies at 28,000 km per hour and can take less than a minute to pass by!
Spot the station! 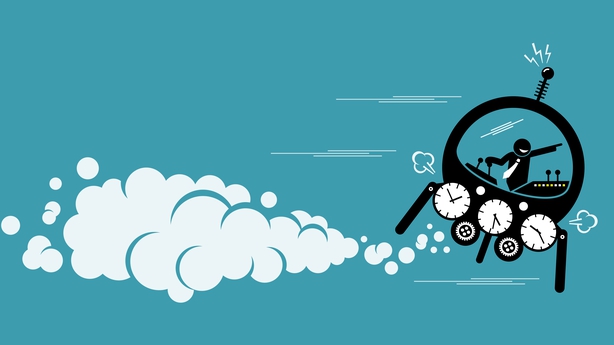 Did you know that when you look at the stars, you are looking back in time? It's true!

When you look at the stars at night, you are seeing light that may have taken thousands of years to reach your eyes! Remember the Betelgeuse star we mentioned?

This is star is 6 thousand trillion kilometres away from earth. That means it takes 700 years for the light from this star to reach earth. So when you look at it the star right now, that is what the star looked like 700 years ago!

If the star disappeared right this second, we wouldn’t know about it on earth for another 700 years!

There is so much cool space stuff and you can see more activities HERE!

Plus you can check out Space Hub HERE