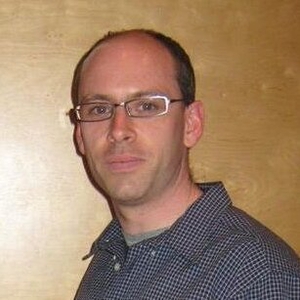 Between 1919 and 1921, the IRA campaign in Dublin didn't aim to remove the British forces from the city, but to force them to behave as an occupying army. John Dorney tells the story of Dublin's war

Between January 1919 and July of 1921, about 300 people lost their lives due to political violence in Dublin, the vast majority of them between October of 1920 and the truce of July 11 1921. Hundreds more were injured and over 1,500 people from the city were imprisoned by the British forces.

Yet, the IRA campaign in Dublin was relatively late to start and never remotely resembled the all-out insurrection that had occurred in the city at Easter 1916. Rather, it was a low level urban guerrilla campaign of small hit and run attacks, destruction of property and assassinations. Volunteers in the city were given specific orders to avoid prolonged engagements at all costs.

The aim of the campaign was not to oust the large British military and police garrison from the city – there was no realistic chance of doing that – but to demonstrate that British rule was being resisted in the Irish capital by the forces of the Irish Republic and to compel British forces to behave as an occupying army.

To this end it was successful. The guerrillas were able to sustain their attacks in the city up to the truce. For their part, the British military failed to suppress the actions of the IRA in Dublin which they characterised as 'cowardly cunning and contemptible'.

They themselves put this down to a divided command structure and especially a muddled intelligence system, divided between the police and the military, as well as the lack of will on behalf of their political masters.

Caught between the two sides was the civilian population, which, inevitably in a densely populated urban environment, fell victim to IRA street ambushes as well as to Crown forces’ reprisals.

The IRA: from assassinations to urban guerrilla warfare

The Dublin Brigade had as many as 3,000 men on its nominal rolls but the figure for active men was much lower and no more than 200 were employed as fulltime fighters.

The first of these full time units was the Squad, essentially the hit men for Michael Collins IRA GHQ Intelligence Department, who were first recruited from the Dublin Brigade in July 1919. At first there were only six selected gunmen and even by the time of the Truce, they numbered no more than 21.

They worked closely with the Intelligence officers, who numbered about 30, led by Liam Tobin and, initially, some gunmen, including Dan Breen and Sean Treacy, drafted in from elsewhere in the country.

The Squad led an onslaught on the Detective or G Division of the Dublin Metropolitan Police (DMP), a dozen of whom were shot dead in Dublin in late 1919 and early 1920. The Squad’s victims also included civilian targets such as Alan Bell, an accountant who was investigating the Dáil Loan.

For the largest and most ruthless Intelligence operation ‘Bloody Sunday’ on November 21, 1920, the Squad and Intelligence Department were big not enough. Up to 200 men of the Dublin Brigade were mobilised that morning to assassinate some 35 British military intelligence offices, agents and their informants. It was by far the largest operation the Brigade had undertaken since the Rising in 1916 and left 14 of their targets dead.

That night, the Brigade’s commander Dick McKee, along with Peadar Clancy, was summarily shot as reprisal by Auxiliaries in Dublin Castle. Oscar Traynor succeeded McKee as commander of the Brigade.

It was only after this point, in December 1920, that fulltime Active Service Units were set up in Dublin, one in each of the city’s four battalion areas, comprising about 50 men in all. The regular companies were also instructed to undertake ‘patrol’ attacks. These typically involved a small number of volunteers picking up weapons – usually hand guns and grenades in a dump – and carrying out attacks on any Crown forces they came across.

These peaked in the spring and early summer of 1921, with particular danger points for Crown forces on the Wexford Street- Camden Street thoroughfare, which was nicknamed, as a result ‘the Dardanelles’.

About 70 Crown forces were killed by the IRA in Dublin up to the truce.

Officially, the conflict in Ireland was, from a British point of view, a ‘police action’ with the military present only as an aid to the civil power. In Dublin, however, the main police asset, the detectives of the DMP G Division, were essentially destroyed by the assassination campaign against them in late 1919 and early 1920.

Members of the regular DMP were supposed to be issued with revolvers and to accompany the military on patrols, but they were never enthusiastic about the task – they were described by the Army as ‘dead weight’ - and in October 1920, as a result of a behind the scenes deal between the DMP and Michael Collins, facilitated by an RIC mutineer Jeremiah Mee, they stepped out of the conflict altogether. By refusing to carry arms, the DMP was given a guarantee that its members would not be targeted by the IRA.

They were replaced as counter insurgents by a very different corps – four companies of Auxiliaries, based at Dublin Castle, Beggars Bush Barracks and Dublin Port. These men, heavily armed and motorised former army officers, were put under military command and formed the rapid response units to any IRA action in the city.

In addition, there were up to 7,000 regular British troops stationed in Dublin. Their commander, General Boyd, and especially his head of intelligence, John Brind, felt they were hampered by the government’s half measures and unclear command structures.

Martial law, for instance, was never declared in Dublin, which meant that all those arrested had to be tried by court martial, taking up much of their time and energy. They also despaired when, in April 1920, those republicans already interned in Dublin were released after hunger strikes and mass protests.

In addition, intelligence was taken out of the Army’s hands in late 1920 and given to Ormonde de Winter, a former army officer who was under the command, not of the military but of Henry Hugh Tudor, the Chief of Police. Any military intelligence on the IRA in Dublin up to that point was handed over to Winter.

Perhaps as a result, the Army’s methods were often clumsy in early 1921, cordoning off and searching whole city blocks for days without result.

The importation into the city of another squad of plainclothes armed police led by RIC officer Eugene Igoe only added to multiplicity of semi-autonomous counter-insurgents in the city.

While Crown forces did have some successes, capturing much of IRA Chief of Staff Richard Mulcahy’s papers in a raid in November 1920, for instance, and another lot of papers, including lists of IRA volunteers, at Cumman na mBan activist Eileen McGrane’s house in December, they were never successful at dismantling the IRA’s command structure in the city.

And while they successfully shut down an IRA bomb making factory on Parnell Street in December 1920, another was soon up and running in Luke Street, just off the south quays.

Occasions when the British could bring their superior firepower to bear were very rare. One was at the Great Brunswick Street ambush in March 1921 when an Auxiliary patrol happened upon an IRA company headquarters. Two men on either side were killed in the ensuing firefight and two more IRA men captured. Another was at the burning of the Custom House in May 1921, where five IRA men were killed and over eighty captured.

Far more common, however, was the killing of IRA suspects after their arrest. Of the 54 IRA killed in Dublin between 1919 and 1921, only 16 were counted as ‘killed in action’ and eight were formally executed. Some of the remaining 32 were killed in accidents, for instance testing explosives, but most were ‘shot while trying to escape’.

Civilians in the crossfire

While the Sinn Fein party won most of the seats in Dublin in the 1918 general election and, in alliance with Labour, controlled the Corporation after local elections in early 1920, support for the republicans was far from universal in the city. There remained strong pockets of unionists and Redmondites.

Moreover, civilian bystanders were often killed or wounded in IRA street ambushes. This led to some controversy in the IRA itself, as Dáil Minister for Defence Cathal Brugha complained to Michael Collins of the high human, but also propaganda, cost of mounting gun and grenade attacks in crowded streets.

If the IRA did try to cut down on civilian casualties thereafter, they had no compunction about killing alleged civilian informers, 15 of whom were shot in Dublin, and all but two of these in a two month period in late spring 1921.

On the British side, the most infamous reprisal against civilians occurred on the afternoon of Bloody Sunday on November 21, 1920, in which a joint police and military force raiding a Gaelic football match at Croke Park, searching for IRA suspects, opened fire on the crowd, killing 14 people.

This was partly the result of their perennial problem of divided and unclear command structures. The Army blamed the police for the shootings, while Crozier, commander of the Auxiliaries, maintained that his men did not fire, and the culprits were the RIC (including Black and Tan recruits) from the depot in the Phoenix Park.

However, as well as that standout massacre at Croke Park, Crown forces also killed civilians on many other occasions. A Dublin curfew was mounted at first from midnight to 5 am and then, after Bloody Sunday, from 10 pm to 5am and ultimately from 8pm to 5 am. In May 1921, new orders were issued that civilians should be 'warned to halt if called upon to do so, otherwise they were liable to be shot’. Predictably, this led to the shooting of many civilians at military checkpoints.

The IRA in Dublin suffered heavily from arrests following the assault on the Custom House in May 1921, but they were not, by any means, finished by that point, contrary to what the British military asserted.

Their official report argued that by July ‘the rebels had again begun to realise how hopeless was force.’ However, the statistics of the conflict tell another story. The Dublin Brigade recorded 67 attacks in the city in April 1921, 103 in May and 92 in June.

A new ruthlessness was also creeping into IRA activities. They attacked a cricket match at Trinity College, for instance, because members of the military were playing in it. On another occasion, two wounded Auxiliaries were dragged out of their hospital beds and finished off.

It was perhaps fortunate for all concerned that the conflict was suddenly terminated by the Truce called on July 11, 1921. 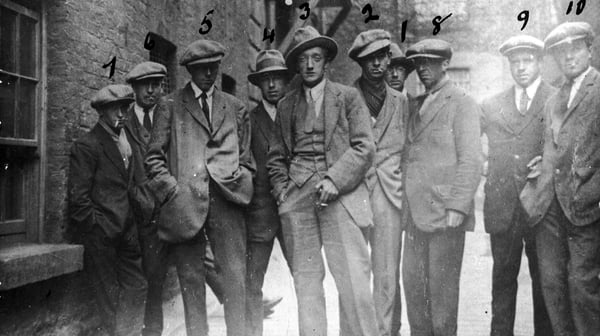 The deadly toll of the Bloody Sunday assassinations