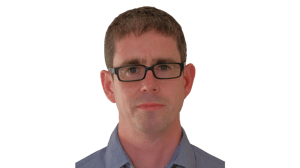 A new documentary, Hawks and Doves: The Crown and Ireland's War of Independence, draws on the "enemy files" to explore Britain's view of the War of Independence. As Fearghal McGarry explains, the "view from the barracks"  was very different

From the earliest memoirs by Volunteer leaders such as Tom Barry – which depicted a heroic struggle in which guerrilla fighters prevailed against overwhelming odds – to the more even-handed histories of recent years, our understanding of the War of Independence is largely shaped by Irish perspectives.

New sources, such as the Military Service Pension records, have reinforced the centrality of republican agency to our understanding of the conflict, with study after study reconstructing the IRA’s campaign in almost every Irish county. But what happens if we reverse this perspective?

Presented by Michael Portillo, Hawks and Doves: The Crown and Ireland’s War of Independence draws on 'the enemy files’ to explore the point of view of the British politicians, officials, and generals tasked with suppressing the republican insurrection of 1919-21.

Despite the vast military resources available to Britain, the view from the barracks looked rather different from that imagined by embattled flying columns. By early 1920 the demoralised Royal Irish Constabulary had collapsed in the face of a campaign of intimidation and assassination, paralysing the British administration.

Unable to identify their enemy, and vulnerable to attack from unknown assailants at any moment, the infamous ‘reprisals’ of the Black and Tans and Auxiliaries, such as the sacking of Balbriggan and burning of Cork, were a product more of vengeful frustration than triumphalism.

Few British generals welcomed a posting in Ireland. General Sir Nevil Macready – who loathed the Irish ‘with a depth deeper than the sea and more violent than that which I feel against the Boche’ – only reluctantly accepted the Irish command. Within hours of his arrival in Dublin in April 1920, he recorded his astonishment at the ‘crass stupidity’ of poorly-selected RIC officers, and ‘the administrative chaos that seems to reign here’.

The records of the British campaign in Ireland make clear that shortcomings in administration, counter-insurgency, intelligence-gathering and the wider propaganda struggle were more important than the ingenuity of the IRA in determining the course of the conflict.

As the head of the British civil service concluded after a damning investigation into Dublin Castle in 1920: ‘the Castle administration does not administer’.

A greater awareness of the British political context also helps to explain why David Lloyd George’s government failed to commit itself to a clear military or political strategy. The most striking feature of the British records is the lack of importance attached to the Irish conflict by policy-makers in London.

While Lloyd George was understandably preoccupied with the post-war settlement of Europe in 1919, the situation in Ireland remained low on his Cabinet’s agenda despite rising levels of violence.

Ignorance about Ireland, combined with the grip of prejudiced unionist diehards over Irish policy at both Dublin Castle and Downing Street, led to the politically expedient but unrealistic policy of treating the republican movement as an illegitimate ‘murder gang’ that could be eradicated through coercion.

Although the militarising of policing effected by the ‘Black and Tans’, Auxiliaries and Ulster Special Constabulary placed the IRA under immense pressure, the credibility of British rule in Ireland, at home and abroad, never recovered.

But, as a Liberal politician heading up a Conservative-majority coalition, Lloyd George was unable to secure political support for a realistic settlement until it was clear to all but the most zealous ideologues that only some form of independence could settle the Irish question.

While the British public was often appalled by reports of military excesses in Ireland, the ‘enemy files’ provide unsettling insights into the colonial mind-set of the British establishment, as well as the extent to which Irish policy was subordinated to party-political interests.

For many among the British elite, Irish violence also formed part of a troubling vista encompassing British labour agitation, Russian communism, and anti-colonial agitation in Egypt and India.

‘If we lose Ireland we have lost the Empire’, warned Chief of the Imperial General Staff, Field-Marshal Sir Henry Wilson in March 1921. Despite these anxieties, global perspectives – notably pressure from the United States – help to explain why the British establishment’s hawks ultimately gave way to its doves.

Michael Portillo talks to Miriam O'Callaghan on Sunday With Miriam

In the post-war era of Wilsonian self-determination, political power had to be seen to rest on democratic consent. Britain’s willingness to concede some form of Irish self-government proved sufficient to agree a truce in July 1921, although the final settlement would fatally divide Irish republicans.

Hawks and Doves: Ireland's War of Independence can be watched on the RTÉ player 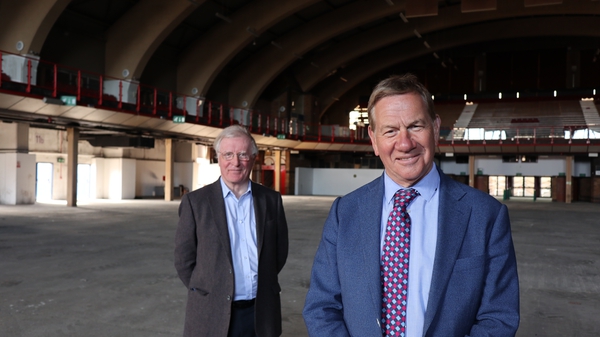 Partition, 1921: the story behind the new documentary