The never-ending saga between Ukraine and Russia over this year's Eurovision has taken a new twist, with the host country's future in the competition now in jeopardy after it banned the Russian singer from taking part.

It was all set to be null points for Russia this year after Ukrainian authorities banned their performer, 27-year old Yulia Samoylova from entering the country.

Tensions had been high between both countries after Russia's annexation of Crimea and its support for separatist rebels in the east of the country. Then to rub salt into the wound, Ukraine won last year's song contest while favourites Russia had to settle with just a third place finish.

A few weeks ago Ukraine slapped a travel ban on the Russian singer after she "contravened Ukrainian law by entering Crimea in order to perform" via Russia rather than the Ukrainian mainland back in 2015. Cynics say Russia knew this would happen and that's why she was chosen in the first place.

A compromise of sorts was offered by organisers, whereby Channel One Russia was given the opportunity for Samoylova to perform live in the second semi-final via satellite.

If she progressed to the Grand Final then the same arrangement would be put in place. However the Russian broadcaster flatly rejected the offer.

"We find the offer of remote participation odd and refuse it, for it is going absolutely against the very essence of the event", it fumed in a statement. 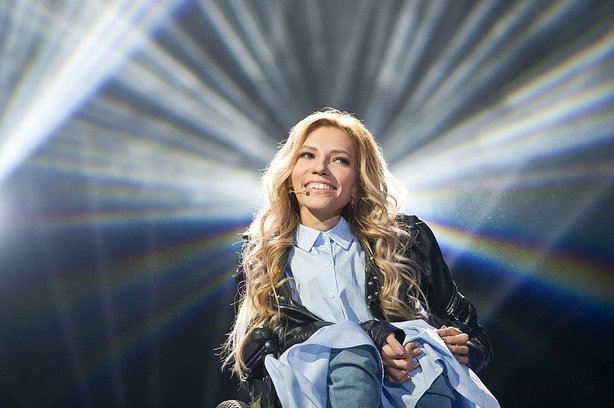 Now the European Broadcasting Union (EBU) which produces the event has stepped into the row and has demanded that Kyiv let Samoilova perform. If it doesn't, Ukraine faces the threat of exclusion from future contests, unless politics was left out of the singing contest.

In a letter to the hosts, the head of the EBU, Ingrid Deltenre, warned Ukraine that:

We consider the current ban of the Russian singer as unacceptable. As a consequence the UAPBC [Ukraine's National Public Broadcasting Company] might be excluded from future events."

We are increasingly frustrated, in fact angry, that this year's competition is being used as a tool in the ongoing confrontation between the Russian Federation and Ukraine

Samoylova is due to take part in the second-semi final on May 11 alongside Ireland's Brendan Murray.

Russia has never failed to progress to the Grand Final so its participation could have a bearing on our own chances of reaching the final stages.