Short of The Beatles reforming and playing a gig on the moon, a new studio album from Abba is perhaps the most significant thing to happen in pop music in well, a very, very long time. Unlike the pungent whiff of desperation that often hangs over far too many music reunions, this is indeed very special.

So special, in fact, that it is worth remembering a time when Abba were so very exotic and so very perfect that they may well have been beamed into the brown and mustard yellow front rooms of seventies Ireland from another planet.

And so here we are, two generations since Agnetha, Björn, Benny and Anni-Frid beguiled the world with their toothpaste commercial smiles, satin pants, wholesome sexiness and flawlessly produced songs.

Their popularity is certainly set to surge once again with Voyage but there may be three ages of Abba. First the incredible success of 1974 to 1981, then their dissolution in 1982, followed by a dour judgement that saw them dismissed retrospectively as bland and wholesome amid the nuclear winters of punk and new wave.

However, unburdened by snobbery and history, a new generation were to discover Abba within a decade of their "break-up". Pop acts as disparate as The Lemonheads, Erasure and U2 began covering their songs, and movies like The Adventures of Priscilla, Queen of the Desert and Muriel's Wedding became near juke box Abba musicals.

The revival has not stopped. Since that rebirth we’ve had two Mamma Mia! movies, a plethora of tribute acts and the 30 million sales and counting of Abba Gold, an album that assuredly sits beside Rumours, White Ladder and A Woman’s Heart in the most modest of Irish record collections. Along with that renewed commercial success, you might add an overdue re-evaluation of Abba as among the greatest pop songwriters of all time.

In the short press release accompanying Voyage, the band offer up this nugget of knowing understatement: "It’s been a while since we made music together. Almost 40 years, actually. We took a break in the spring of 1982 and now we’ve decided it’s time to end it. They say it’s foolhardy to wait more than 40 years between albums, so we’ve recorded a follow-up to The Visitors."

Having repeatedly ruled out performing together on stage again, Andersson, Ulvaeus, Fältskog and Lyngstad regrouped at Benny’s studio Riksmixningsverket in Stockholm to work on two new songs for the upcoming Abbatar hologram shows, a revolutionary new concert that will see the band performing digitally with a live 10-piece band in London next May.

Those two new songs, I Still Have Faith In You and Don’t Shut Me Down, inspired them to keep working and produce a new album and swept to new levels of bliss and sorrow by some beautiful arrangements by the Stockholm Concert Orchestra, Voyage is Abba in excelsis, an album that bridges that 40-year gap with an almost casual ease.

Any doubt about how very good Abba still are is demolished within seconds of I Still Have Faith In You, a tender caress of a song that seems to call down the years to reaffirm the band’s love for each other, despite it all.

The older Abba do indeed sound a lot happier (and fans of The Visitors will know how very dark they could be) with the likes of When You Danced With Me, a rousing nod to Benny’s folk music roots, exploding into juddering life with pipes, the chirp of a mandolin and accordion.

"I can remember when you left Kilkenny and you told me I’d return next year," sing Agnetha and Anna-Frid and the mere mention of the Marble City may give you the same out of body experience as hearing Glasgow namechecked on Super Trouper. 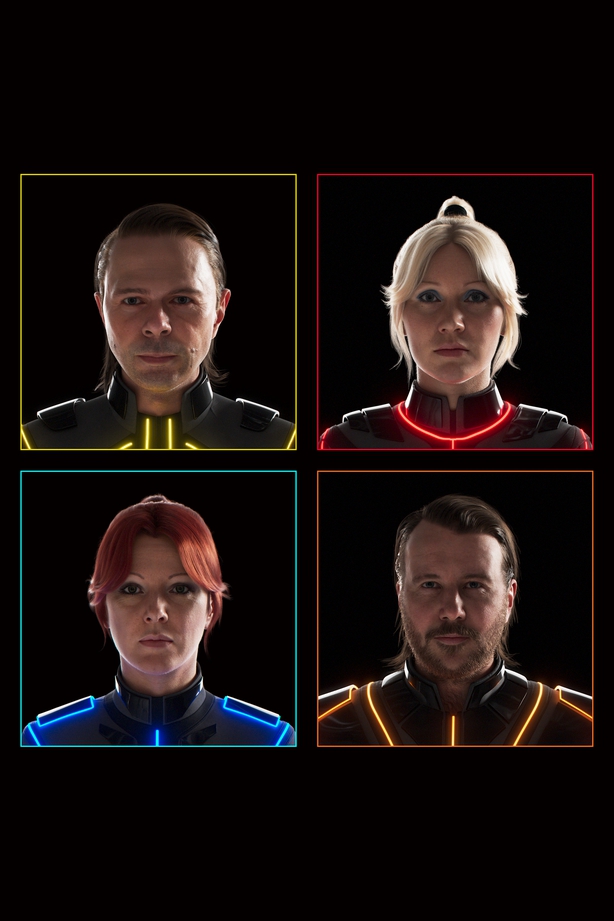 Little Things is a trilling little Christmas song, which is so saccharine in its twinkling simplicity that you might wish to strangle an elf, but which comes gift-wrapped in such a gorgeous melody (and lo! A children’s choir) that you will not be able to resist.

Bumblebee, a plaintive hymn to the pleasures of nature and dread at our talent for destroying it, echoes both Chiquitita and Fernando, and if Don’t Shut Me Down intros with Bergman-like introspection (rain begins to fall on a city park at night - that kind of thing), it suddenly erupts into the kind of bouncing disco tune Benny and Björn wrote with Tim Rice in the early eighties.

But we all know that Abba could sing the downtown Malmö phonebook and we’d be weeping into our expressos. Voyage really begins to reveal its depths when they do what they do best - sad songs. At their very best (The Winner Takes it All, The Name of the Game) Abba perfected the kind of bittersweet solemnity that only two divorced couples in a supergroup could manage.

They’re back turning romantic stand-offs into pop tunes on the likes I Can Be That Woman, a sweeping ballad loaded with Strindbergian strife and inner turmoil with a cameo role from a dog called Tammy: "You say you’ve had it and say screw you. I say I love you and I know it’s true!" sings Agnetha in a tableau of domestic confrontation.

Elsewhere, the cryptically titled Keep an Eye on Dan touches on the struggles of children of divorced parents ("I know that this shouldn’t be a traumatic event but it is") and ends with a cute nod to SOS, Just A Notion is a glam rock stomp initially recorded in 1978 during sessions for the album Voulez-Vous but abandoned, and even weaker tracks such as No Doubt About It, get by on charm alone.

It’s all crowned by the majestic waltz of Ode to Freedom, a closing track that sounds like it might have been sung by the Von Trapp Family or maybe a classroom full of Soviet era schoolchildren, but which sees Abba gliding away with a swan song that brings to a close one of the greatest runs in pop history. All we can say, is thank you for the music.