The eagerly-awaited Irish film Calvary is now in cinemas. Taragh Loughrey-Grant says it's a must-see.

Brendan Gleeson has reunited with The Guard writer-director John Michael McDonagh, but it's a mistake to expect Calvary to be The Guard 2. Avoiding this film as a result would be an even bigger one.

The black comedy sees Gleeson play Father James Lavelle, a widower-turned-good-yet-troubled priest in modern day Ireland. As a result of the ugly, evil behaviour of a few, he's living in a town, and a time, where he, and the Church, are surrounded by cynics.

Taking confession from an unidentified local, the priest's life is threatened and just when he's at his lowest, with no-one to turn to and nowhere to run, his daughter (Kelly Reilly) arrives in dire need of his help.

After years of strong performances in a series of well-publicised and received films, both big budget and less so, this is Gleeson's biggest and best role to date. Written specifically for him, he owns the screen all the way to the unpredictable end.

Killian Scott steps away from his popular Love/Hate character of Tommy to swap tracksuits for bowties. Milo's Asperger's ensures there isn't a fizzy orange out of place but, unlike Tommy, he is desperate for love and turns to Gleeson's Father James Lavelle for advice.

Renowned for casting against type, McDonagh has Chris O'Dowd as an unhinged butcher whose wife (Orla 'how-is-she-not-a-big-star-already?' O'Rourke) covers her bruises with large shades. Dylan Moran plays a selfish-yet-lonely wealthy businessman; Pat Shortt is a bitter and angry barkeeper and Aidan Gillen plays a doctor who seems to hate life and his patients.

As dark as these roles are, it's refreshing to see the talented cast step away from the familiar. The unpredictability of the characters leads to unpredictable plot twists, enabling McDonagh to keep us guessing.

Humour and the London-Irish writer-director go hand-in-hand - and the darker the better. There is an aggressive undertone to almost every scene here, with humour and honesty the only things relieving the pressure. The honesty comes through in Gleeson's scene with his real-life son, Domhnall, and others with his on-screen daughter Reilly and a couple of other innocent characters he meets.

Shot in and around Sligo and North County Dublin, Calvary's scenery is bright and beautiful - a perfect contrast to the subject matter. The film is full of juxtapositions: faith and atheism, good and evil, adulterers and lonely singletons, the abused and the abusers. It is as uplifting as it is depressing. Well-received at Sundance and the Berlin Film Festival, Calvary opened this year's Jameson Dublin International Film Festival, where both McDonagh and Gleeson delighted all by confirming they're working on a third film together, which will be set in London.

Given the title, it's no accident that Calvary is being released at Easter, and yet that knowledge in no way takes away from the drama. Until the wrong is righted, crime continues to be committed and wounds fester, as more innocent victims fall. 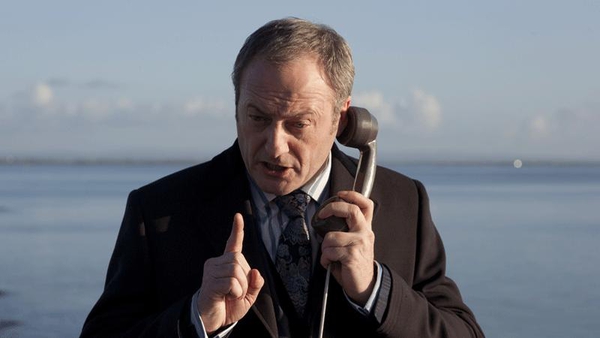