Memoir of War, France's submission for Best Foreign Language Film at the 2019 Academy Awards, is a brilliant rendering of novelist Marguerite Duras's Second World War experiences in occupied Paris, as told in her autobiographical novel, La Douleur, which was first published in 1985. Moreover, La Douleur is the French title of the film.

Mélanie Thierry inhabits the role of Marguerite with such compelling power that the viewer must inevitably spend the entire movie reading her face for signs. How genuine is she in the first place about missing her husband, the Communist and writer Robert Antelme (Emmanuel Bourdieu)? How deep is her wish to locate him? The actress cultivates a delicious ambivalence about the relationship and seems to be close to another Resistance member, Dionys Mascolo (Benjamin Biolay). She is curiously isolated in the film by the bold handling of her own situation. Indeed she stands apart anyway because she - Marguerite Duras - is a reasonably well-known writer. 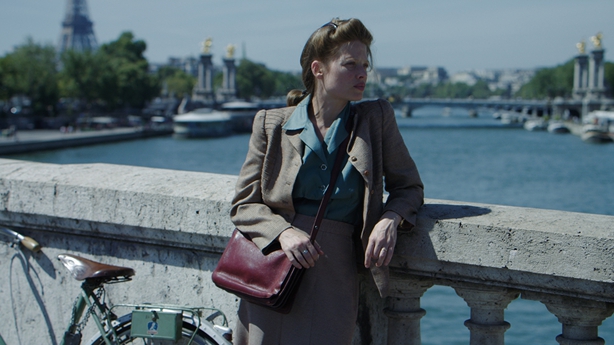 The year is 1944 and some of her friends in the Resistance are wondering about how sincere she is in her own personal resistance to the amorous advances of Nazi collaborator Rabier (Benoît Magimel). She meets Rabier at street corners each day to gain information about her husband's whereabouts. He tells her she looks pale, he brings her to a restaurant, he says that she must eat, he orders her a plate of ham. Marguerite may tease him for information but she will not eat the food he buys her.

Meanwhile, Rabier tries to play her on a line, promising concessions for her missing husband which she suspects he does not have the power to secure. He has plans, as soon as the Germans win - and he takes that win as a given - to open a bookshop selling high quality art books. He is fascinated by the writer and intellectual, the implication being that his air of cultural discernment might redeem his perfidious, self-serving collaboration with the occupying forces. 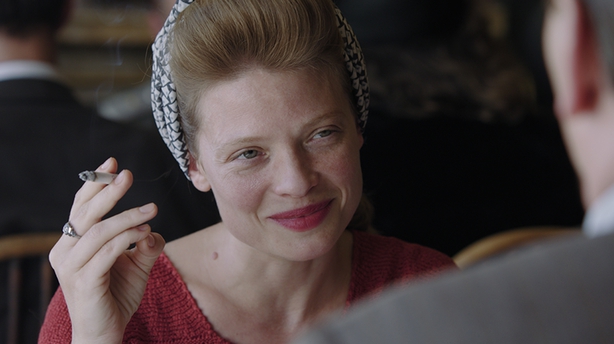 Ultimately Marguerite is not buying any of it, although Thierry's delicately nuanced performance leaves a certain doubt - at times she seems wearily drawn to something in Rabier. Yet she is unimpressed by his story about sparing a Jewish family simply because he saw a child's drawing on the dining room table when the family were absent.

Will Robert come back safe from Nazi imprisonment? We are none the wiser until the close of the film and neither is the chain-smoking Marguerite. We travel through Paris with her, privy to the darkest imaginings about her husband's fate. She fears the worst, if, as she learns, he has been deported to Germany.

Memoir of War is composed beautifully through highly theatrical camera angles, capturing, for example, reflections in mirrors to brilliant effect. The film thrives on bold cinematic flourishes as in the scene where Marguerite the author, writing down everything about her ordeal so it will not be forgotten, pauses to watch Marguerite the anxious wife standing at a window.

Late in the film, the prisoners of war and the surviving Jews begin returning to Paris in 1945 in a frail, emaciated state. Marguerite joins a band of women trying to help wives to locate their husbands and walks the streets alone, swamped by the darkest thoughts.

The Allies have won, she passes a bar, buzzing with dancers. A couple run out into the street to greet her, the woman's husband has returned and the couple are euphoric. Marguerite accepts the woman's gratitude for her earlier assistance, knowing she must continue on her own into the night without mentioning her own plight for fear it might spoil the party.

A deeply humane and thought-provoking film, Memoir of War features surely one of the performances of the year from Mélanie Thierry as the protagonist. See it at the IFI from Friday. Unmissable.