Wonder Park is visually vibrant and engaging, but the lack of tact and subtlety in dealing with the big issues is a major downfall.

The film centres on June and her mother playing and creating an imaginary park run by her cuddly toys, where their creativity is boundless and the fun never ends, until bed time anyway. But unbeknownst to them, the park is a real thing and everything they whisper into the ear of her toy monkey is heard by his real life counterpart who then puts their ideas into action.

June is a free-spirited kid whose imagination has been nurtured and her parents have provided her with a home full of love, encouragement and fun, but when her mother becomes ill and needs to go away for treatment, everything in her world comes crashing down. 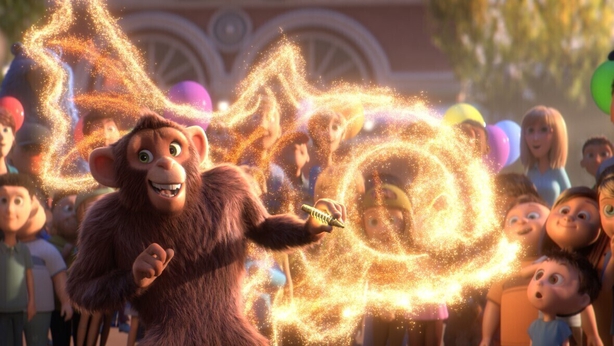 Suddenly, June packs away her toys, unable to even look at the park plans she had drawn up with her mother throughout her childhood, and becomes obsessed with looking after household chores, ensuring her father stays healthy and worrying non-stop. Alarm bells are ringing but no one seems to hear them.

On the flipside of this, the real life imagining of her park is suffering as "the darkness" has come to destroy everything. 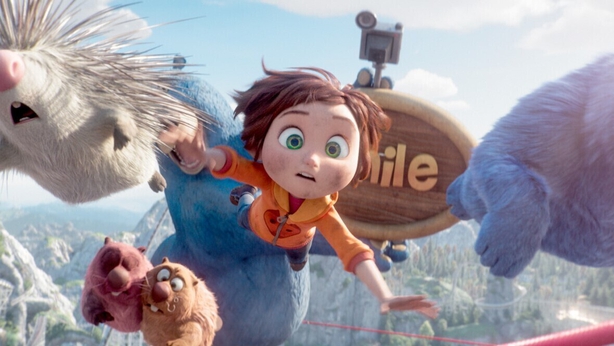 Great kids films, like Pixar's Inside Out, can deal with emotions and pain in ways that will help the audience to realise they're not alone, understand why they're feeling how they're feeling, and even inspire conversation afterwards, while wrapping everything up in an entertaining and memorable package. They're like a cinematic hug and can do a lot of good for viewers of all ages.

Wonder Park is not one of these great films.

Younger viewers may find it upsetting, adults angering, and those in between will likely be bored.

A little bit of subtlety goes a long way, but Wonder Park really hits its themes home at every single opportunity and doesn't even do so in a particularly effective way.

There is little wonder here apart from the animation itself.