Welcome to the El Royale – where there are good times to be had amongst the cinematic clichés.

It's the late 1960s and seven strangers converge on a storied, declining hotel on the border of California and Nevada. The ghosts of political dealings, illegal activity and scandal are in the air, and each guest brings their own trunk-load of secrets to check-in.

The guests all fill certain stereotypes – both in public and in private – and the all-star cast plays up to these conventions, largely to great effect. Jeff Bridges brings steadfast excellence, with Jon Hamm countering this with a brash arrogance that is dynamic on screen.

Cynthia Erivo is the heart of things, and her voice is something else. She performs well, but both she and Dakota Johnson's outsider seem underdeveloped and though their circumstances are explained and their back story touched on, there isn't much sense of who they really are beneath the surface. You get their motivations, but their characters are too one-note for a film that is trying to be so many things. Both actors do their best with it though. 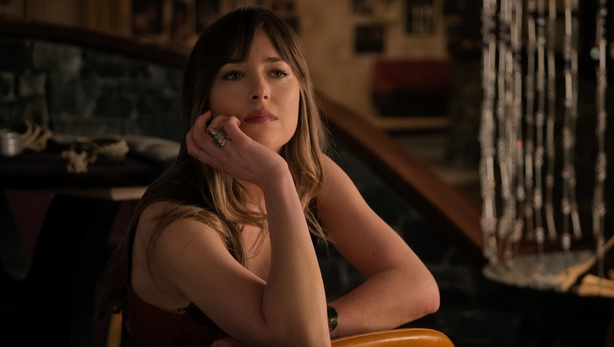 When we meet Chris Hemsworth in a Charles Manson-esque state, he takes things to a whole other playing field. Where everyone else has their indiscretions, he brings the real bad to the Royale, and he does so excellently.

His arrival also brings a tonal shift that subverts the provocative, almost convivial nature of things to that point.

The film plays well in its opening ambiguity but gets caught up in certain themes and elements that deserve less focus. Pair this with an inflated run-time and you're calling out for a tighter cut, because there is a great film in there somewhere. When you take a tried and tested formula of people crossing paths and the drama igniting into one big blow-out, you need to bring something new to the table, but there isn't quite enough originality here, despite director Goddard's efforts to indulge in some eccentricity in the set design.

A strong opening, some great scenes and a stylish feel will keep you hooked, but it doesn’t ever become the cinematic classic - or Tarantino film - it seems to want very much to be.