In a dimly-lit trench, in the environs of Saint-Quentin in Northern France, the Germans are "about the width of a rugby field away". The officers of C-Company nervously await an imminent attack, expected sometime in the next few days. They smoke and drink, or pass the time with wry banter over the slim rations served up by the perpetually apologetic cook Mason (Toby Young).

The arrival of the eager young officer Jimmy Raleigh from training in Salisbury Plain is not particularly welcomed by Captain Stanhope, who is courting Jimmy's sister Margaret (Rose Reade). The senior officer's face noticeably darkens at their first meeting, Jimmy will now see him at his most vulnerable, as the senior officer is suffering from Post Traumatic Stress Disorder. Stanhope is indeed an exceptionally brave soldier, but he is drinking heavily to deal with the pressure of the impending bombardment. Understandably, he feels compromised, responsible for the safety of the younger officer, who is not much more than a boy.

The simmering tensions and sudden flare-ups, the intimacies between the officers, the desperate embraces, the despair and the panic are enacted with tact and care in Saul Dibb's remarkable film. That doomed, claustrophobic mood of threat in confined spaces also informed Wolfgang Pederson’s Das Boot, although that was set during the Second World War.

In efforts to forestall the German attack, the British come up with a plan to break a hole in enemy defences in a daylight raid to be mounted by two officers and ten soldiers. As fate would have it, Raleigh is chosen to go, along with the kindly Lieutenant Osborne (Paul Bettany, Iron man, Avengers), known affectionately as ‘Uncle’. Tragedy ensues, but to say any more is to spoil.

So interested is the movie in building tension - as RC Sherrif's 1928 play on which it is based would have been - that there is no attempt to ramp up the violence. Only one German soldier is shot in the course of the film. In the so-called Spring Offensive of 1918, which followed shortly after the events depicted in this film, over 700,000 soldiers would die on both sides in a three-month period during the last year of the war.

This haunting, sensitive film is another reminder of the futility of war, rendered small-scale and close-up in this instance but with big implications. 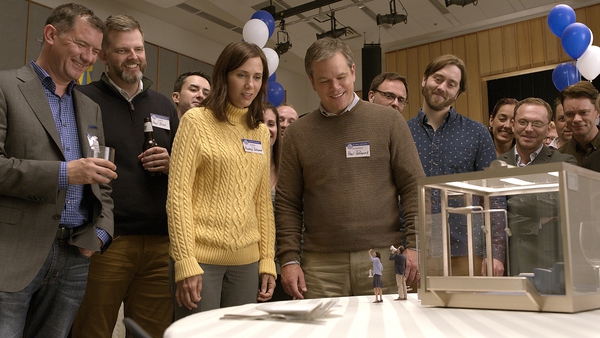