No doubt the makers of The Nut Job 2 observed how the President of the United States inadvertently name-checked their movie after he fired FBI director James B Comey and called him that very thing.

Of course, it would have been better in terms of box office, if Donald Trump had used the phrase today, the very day the sequel opens.  If only he had just held his fire a few weeks.

Anyway, in The Nut Job 2: Nutty by Nature, Percival Muldoon is the greedy mayor of the city of Oakton who thrives on bribes and malpractice. His dream is to build a vast amusement park in Liberty Park within sight of his well-appointed offices.

It drives him, er nuts, that all manner of flora and fauna live within the pastoral enclave of Liberty Park where they are allowed thrive undisturbed. So that he can build his great vulgar park, he wants all the trees razed to the ground, much to the chagrin of the creatures who live within. To make survival even more tricky, the peanut shop the furry ones recently raided has unfortunately blown up. 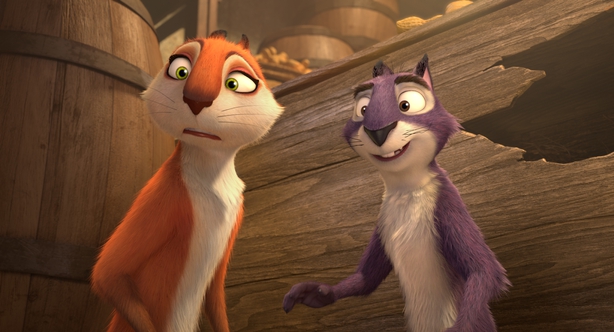 So the cute little animals  - they hate being called ‘cute’ but we trust none of them are reading this – cannot live by gluttony alone anymore now that the shop is gone. To put it in an, er, nutshell.

And who to lead them in the fight against Mayor Muldoon and his malevolent scheme but the fearless Surly and the feisty Andie, who also provide the love interest (two bulldogs take a shine to each other too and share a puke gag which is utter gross-out.)

Anyway, Andie has a puritan streak and was against the nut shop occupation in the first place. A resourceful, schoolmarm type, she saw the shop raid as the slothful path to self-destruction. Better going out there and getting the nuts against the odds. No pain no gain and far more salubrious than gorging on ill-gotten peanuts.

So in face of the threat to their homes, the animals rally together and decide to take on all comers, the Mayor’s vermin exterminators, the Mayor’s odious young daughter, and indeed the Mayor himself who must fight to the death on the skin of a hot air balloon on which he is trying to escape.

The key to the animals’ eventual success is their acquisition of some very useful mercenaries led by one Mr Feng. This band of dourly determined mice hang out in Chinatown and decide, after initial reluctance, to stand by their animal brothers and sisters and fight tooth and nail.

All-round good fun, but that puke gag, hmm, maybe it's because I’m an adult with delicate sensitivities. The kids will just shriek with feigned outrage. 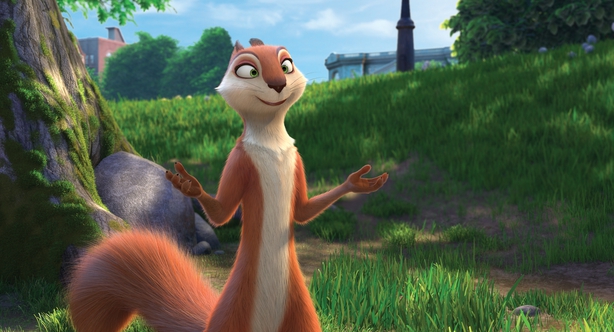