I fell in the middle ground somewhere as I was partially through the book when I went to see the movie; I had read enough to know the basic premise and structure, but not so much as to have had too much given away.

For those who don't know, The Girl on the Train is a psychological thriller centred on three women; Rachel (Blunt), Anna (Ferguson) and Megan (Bennett), though for its big screen adaptation the action has been transposed from its original English setting to the New York commuter belt.

Rachel is an alcoholic who is struggling to deal with the fact that her ex-husband Tom (Theroux) is living the perfect family life with Anna and their new baby, in the home she once shared with him.

In order to distract herself, Rachel begins watching a couple; Megan and her husband Scott (Evans), from the train on her daily commute into Manhattan, envying their seemingly idyllic lifestyle. 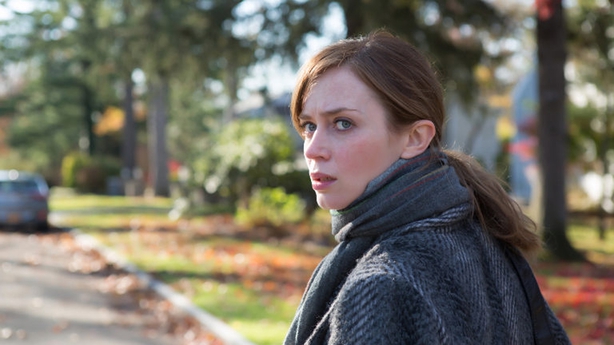 On one journey, however, Rachel sees Megan with another man, and soon after Megan goes missing.

As the worlds of these three women intertwine through time jumps and flashbacks, the story falls seamlessly into place. It is a world of half-truths, blackouts and unreliable narration, and this is where its strength lies; we are constantly wondering what is really lurking beneath the surface. So far, so Hitchcockian.

Where the book keeps the reader guessing, the film could have done with dropping fewer hints along the way. Too many questions were raised too frequently, and the air of real mystery was cleared as the film progressed.

By the time the truth was revealed, I was, disappointingly, already expecting that outcome. I was really hoping to be shocked.

All three female leads turn in solid performances but it is Blunt that steals the show. She is the star, she is the one that's really giving us access to this story, and she does so with ease.

While I enjoyed The Girl on the Train, it didn't fully reach its potential, and that's frustrating, but coming from such a successful book, it is sure to perform well at the box office regardless of what the reviews say.