Did post-Second World War Presbyterian minsters attending to ever-dwindling flocks on remote Scottish islands tend to be called Balor, surely a rather ominous Christian name? In the case of The Silent Storm, Damian Lewis plays the demented guilt-ridden Presbyterian minister of that name in this over-wrought melodrama which sinks like a failed flan in the middle.

His wife Aislin (Andrea Riseborough) has been putting up for years with her husband’s puritan, repressive strictures in their decidedly glum rectory. Moreover, the nasty secret she appears to have got right concerning their shared past doesn’t help either. Indeed, when she has had enough of this control freak with a dog collar, she reminds him of the secret to his face in the middle of a huge domestic row. 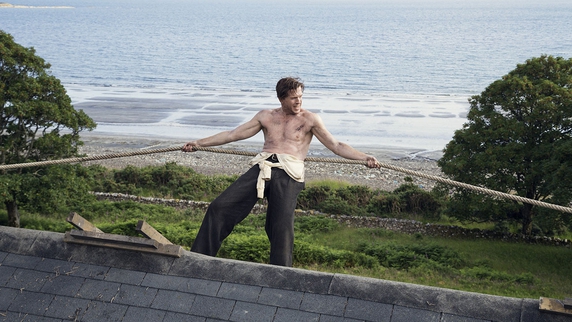 In the middle of the row, a young 17-year-old delinquent orphan, named Fionn (Ross Anderson) suddenly arrives at the door, accompanied by a pompous older man from Glasgow. Now the couple must take the young lad in charge. However, his presence is the cause of new tension and misunderstanding, with repeated hints from the Reverend Balor concerning Aislin’s sinful past.

Thus the poor wife tends to walk around pale and unhappy, waiting on her husband’s whims and tantrums, serving up meals that are eaten in silence. The fire crackles in the grate but offers no comfort. 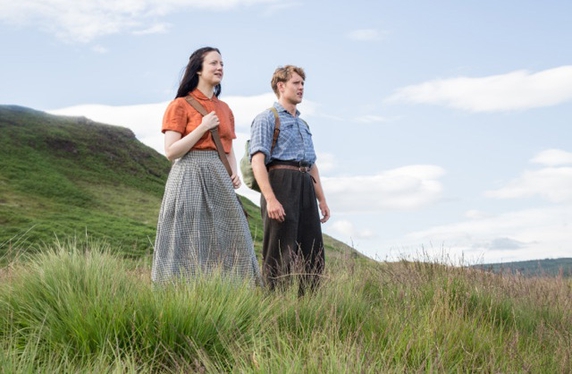 Andrea Riseborough and Ross Anderson in The Silent Storm

Then the Reverend suddenly gets a Fitzcarraldo-style idea to ship the pews from his kirk on a boat to the mainland - all his former flock have now gone there for factory jobs as the island mines have closed. Fionn is left to look after the place while the Reverend transports the church furniture to the mainland on a boat manned only by himself.

Are we in for some Lady Chatterley-style hanky-panky on the now deserted island? No, we certainly are not, but there is some psychotropic stuff with herbs and mushrooms and pastoral heebie jeebies. It gets far too weird and all that heavy musical cake on the soundtrack - layered choral voices, cod Celtic strings - is damn irritating.

It's a pity really. With some serious steerage and directorial focus and less of the hammy acting from Lewis we might have had something. At one particularly tense moment as the film reached its risible climax, amid all his out-of-body acting and exaggerated gesture, Lewis bent his knees and it looked like he was about to do the Hucklebuck or the Twist. He should have, it might have made a difference.