Two years ago, the first Bad Neighbours movie steam rolled through the Irish Box office to the tune of €2,510,118. In Ireland, a territory that has turned Adam Sandler into a cinematic deity, it’s a no-brainer that this gross-out sequel will out gross every new release this week.

Director Nicholas Stoller has it very easy here. He does not hedge his bets in what is a sporadically enjoyable follow-up. He only really changes two things from the first Bad Neighbours romp - the gender of the hard-partying brats who have moved into the house next door to kidults Mac (Seth Rogen) and Kelly (Rose Byrne) and, in what is either a cop out or an attempt to make a late to the party point, a message about the evils of sexism. Well, duh dude.

Rogen is back with his wearisome man child schtick and Byrne does her elegant suburban wife with a potty mouth schtick. She is very good; he is Seth Rogen. They have just closed the deal on the sale of their house but must endure a month of what American realtors call “escrow”, a breather space in which the buyers can swing by at any time unannounced to check the property and their potential new neighbourhood.

Sorority sisters doing it for themselves

Meanwhile, local college freshers Shelby (a rather dull Chloë Grace Moretz) and her new besties, played by Rebel Wilson lite Beanie Feldstein and a perky Kiersey Clemons, decide to set up her own sorority after a bad experience at a cattle mart college party. Guess what? They move in next door to Kelly and Mac and boy, do they party hard. Yup, they’re going to kibosh the escrow! 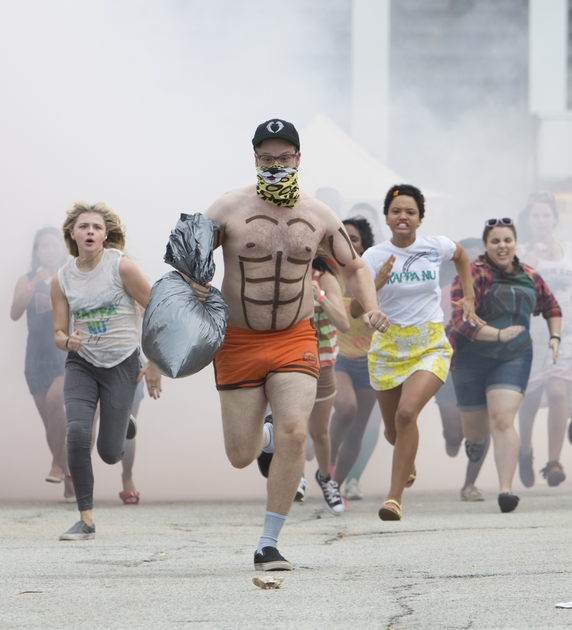 Rogen wages war against a new set of hard-partying neighbours

However, the real pleasure here is the return of Zac Efron as low wattage beefcake, Teddy. He’s been politely turfed out of his house share with his soon-to-be wed college buddy (the ever funny Dave Franco). Exiled from guyville, Efron does the wounded and lost himbo act to grand effect and gets some of the best laughs. He reinvents himself as a kind of Van Wilder/Stifler mentor to the breakaway sorority and finds a new role guiding them sagely in the art of partying hard and block warfare strategies against the fuming Mac and Kelly. Zac Efron does his himbo act to grand effect

Strangely there is a debate about the "right to party" that does not invoke The Beastie Boys but later, the movie does use the Beasties’ song Sabotage. Maybe the Asian sorority girl pretending to be black is meant to be infuriating because she sure ain’t funny. At one point, someone gets “Cosbied” and a joke involving real-life Minions, which doesn’t work the first time, is repeated three times. There is also a toddler who spends most of the movie clutching a sex toy.

Bad Neighbours 2 is mostly struck lame by a bad case of sequelitis and we have sure come a long way from the relative sophistication of Superbad. In fact, after a spell of thoughtful bad taste comedies, we seem to have reverted to straight bad taste. Not LOL-tastic by any means but Bad Neighbours 2 is enjoyably dumb and even strangely touching. 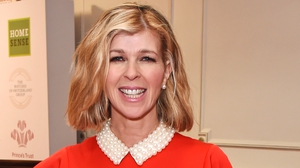 Batman is on the way back to TV land 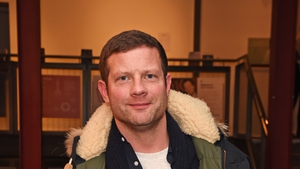 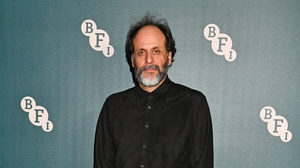 Guadagnino: My Scarface will be 'very timely' 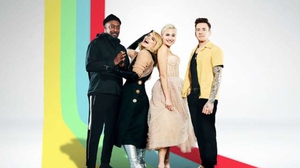