In a world of remakes, reboots and endless sequels, this time of year is always ripe for more thought-provoking, powerful pieces of cinema as Hollywood's heavyweights vie for those all-important nominations. Concussion may have failed to live up to the considerable Oscar hype surrounding it late last year - it didn't receive a single nomination from the Academy - but it is still very much worth seeing.

Will Smith stars as Dr Bennet Omalu, a Nigerian-American forensic pathologist who found that American football players were susceptible to developing chronic traumatic encephalopathy (CTE) due to receiving so many knocks to the head while on the pitch. 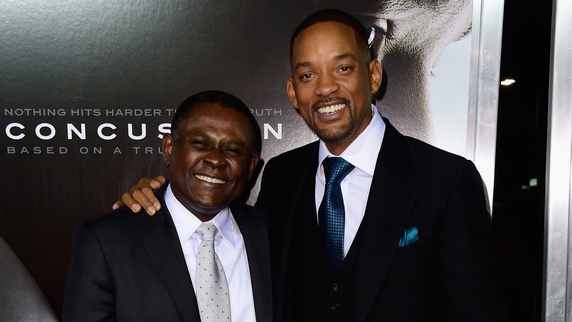 Dr Bennet Omalu and Will Smith at the Concussion premiere

Omalu becomes the underdog taking on the National Football League (NFL), which sets out to discredit him and says there's nothing unsafe about its beloved cash-cow of a professional sport. As viewers, we are reminded that, most of the time, real-life is far more interesting than fiction.

The film may be about American football but it isn't driven by gameplay that glorifies the sport. Instead, it is based in science and the dangers are put on display through montages of tackles that will leave you gasping and squirming in your seat.

Director Peter Landesman never gets too bogged down in the actual medical side of CTE because we really don't need to know the 'ins and outs'. That said, Concussion never feels like it is dumbing-down too much for us either - it's a good line to tow. The story is just so extraordinary that you can't help but be drawn in, and it is the kind of film you should see at least once. 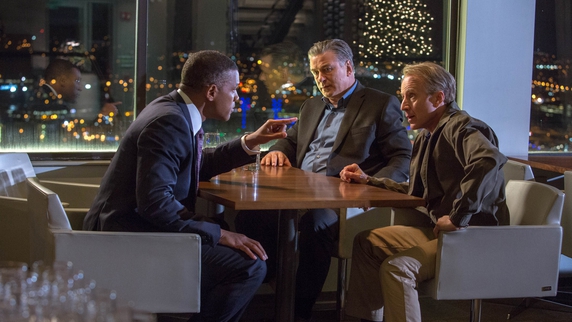 Subtlety isn't a word normally associated with Will Smith; he has one of those larger-than-life personalities that demands attention and he loves to play up to the cameras. When he takes on more serious roles, however, he reminds us that he is actually a very good actor. Here, his portrayal of Omalu is done with dignity, quiet strength and intensity. Smith may be one of the world's most well-known faces, but I found myself forgetting I was watching the Fresh Prince at work.

The big question: is it an Oscar-worthy performance? The answer: not really. Smith is great but I just don't think it's one of the top five performances of the whole year. 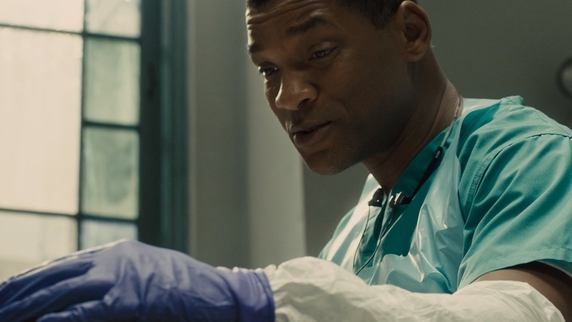 While the film focuses on Smith and Omalu, David Morse's sensitive and heart-wrenching portrayal of the real-life NFL Hall of Fame member Mike Webster - the first former player to be diagnosed with CTE - is just as powerful.

Alec Baldwin, however, is under-utilised as a former team doctor. We never really get to know his character and he isn't given enough to do on screen, which is a shame because there's such potential there. 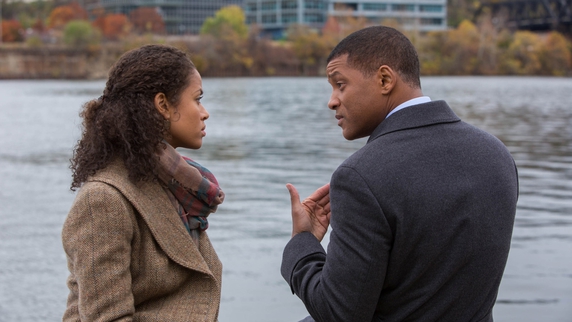 The same could be said for Mbatha-Raw, who plays Omalu's wife. She plays the part with heart but isn't in enough scenes. Given that the film is all about his work, to exploit their relationship for the sake of a compulsory love story would've been wrong, but she's a joy to watch, her chemistry with Smith both understated and compelling.

Concussion will make you think, make you feel, and make you angry and uplifted simultaneously. Any film that can evoke emotion and spark conversation has done its job and the story behind the film is very worthy of discussion.