Director Michael Bay has invested his energies and enthusiasm on a rather mediocre action film based on the September 11, 2012 attack on an American diplomatic compound in Benghazi in which the American ambassador to Libya lost his life. Bay is the director who brought you the crash bang wallop of the Transformer movies as well as the more considered crash bang wallop that was Pearl Harbor.

On the day in question, Islamic militants attacked an American diplomatic compound in Behghazi, which resulted in the deaths of four Americans, including Chris Stevens, the American ambassador to Libya. The diplomatic compound attack is essentially the matter of the first half of the movie, give or take. The militants mounted a further attack on the nearby CIA compound, in effect the second segment of this two hours, twenty-four minute exercise.

For Bay's purposes, presumably based on fact, the attack lasts for 13 hours, as a bunch of hardened security contractors fight off what are repeatedly called “the bad guys” who are furiously launching rockets at both the diplomatic compound and subsequently the CIA building. Two of the security contractors, both former US Navy seals, lost their lives in the actual September 11 attacks, namely Tyrone S Woods and Glen Doherty. 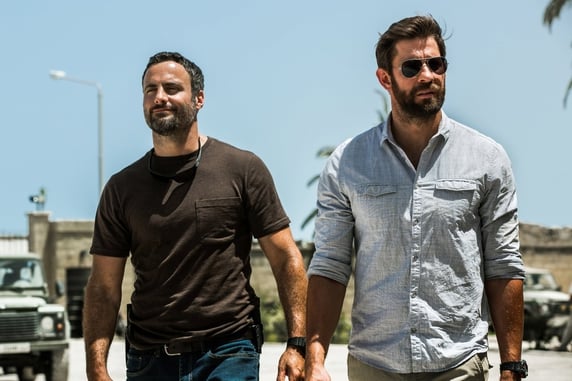 The Libyans at any given moment can't be trusted in the hot chaos and dirty sweat of the prolonged battle, as Bay dramatises it. Indeed, the Americans can trust only a few loyal Libyan collaborators in the 13-hour battle. They can't trust the two police cars who approach the perimeter, as they may not be genuine. ”Benghazi's finest,” one of the men sneers odiously.

So it's Us and Them most of the time, the 'Us' being the guns for hire who will defend to the last something they don't even understand, quite aside from mystification about their own motives for being "Over There" confronting 'Them.' 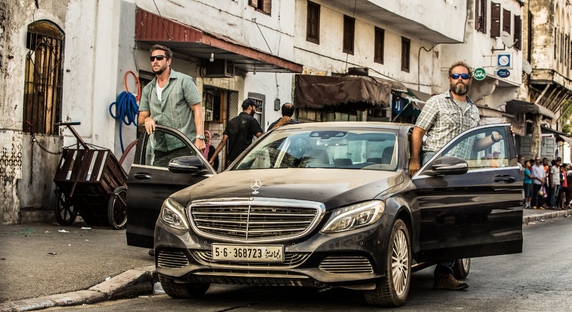 One of the chaotic battles goes on for so long - a mind-numbingly boring sequence, it should be said - that I was convinced that if I left my seat and took a leisurely stroll to the loo and back I could be confident that the crash bang wallop would be waiting for me when I returned to my seat. I kind of mentally calculated this for a few minutes and figured I was correct.

Towards the film's close, there is documentary footage of a Libyan carrying a banner apologising for the attack on behalf of his own people. However, many believe that Hillary Clinton as US Secretary of State should not have authorised American intervention in Libya in the first place.

In such a view, she shares culpability for the catrastrophic events, along with CIA Director David Petraeus and Defence Secretary Leon Panetta. In the movie, however, it is the overly-cautious local CIA chief, played by David Costabile, who gets the direct hit of blame. The gung-ho security squad are spoiling for a fight and want to help defend the diplomatic mission  -the CIA boss is depicted as trying to stop them. 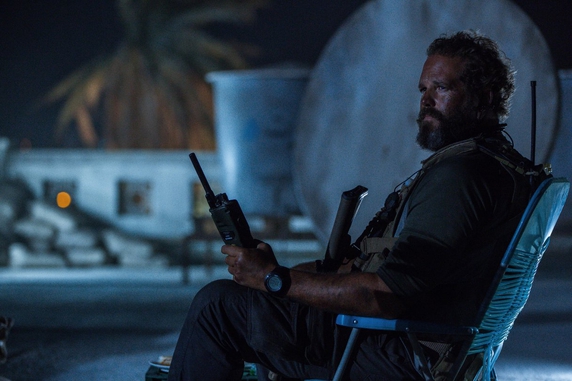 Besotted with the sounds of gunfire and explosions, Bay tries to have it both ways in 13 Hours - macho heroics and camaraderie on the one hand, tenderness and tears bound up with wives and children back home on the other. This is a wearily familiar cliche in war movies, but the reliance on such hackneyed emotional ground only points up the spiritual vacuum at the heart of the film. In the end you ask: What does the film really think about the Libya episode? It is not in fact clear at all.

The loss of life is movingly depicted but these largely unfeasible, weirdly unreal characters are much too cocky and swaggery, when not being disdainful and patronising towards the locals. So don't bother. 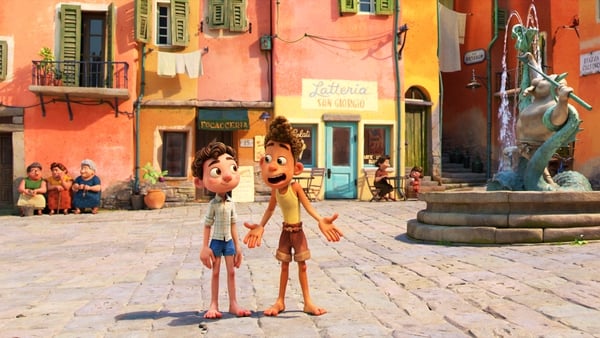