We all had our fill of James (Ice Cube) and his soon-to-be-brother-in-law Ben (Hart) in 2014's Ride Along and for some reason they have been brought back for a sequel.

This time around they are on a mission to bring down a powerful, lawbreaking, criminal mastermind (Bratt) in the days leading up to Ben's wedding and it's as unfunny as its predecessor.

For an action-comedy, the action is pretty tame and the comedy non-existent. I didn't laugh once, and at no point in the film did I even think 'Ah, that's funny' because it's not. At all. Not one bit. 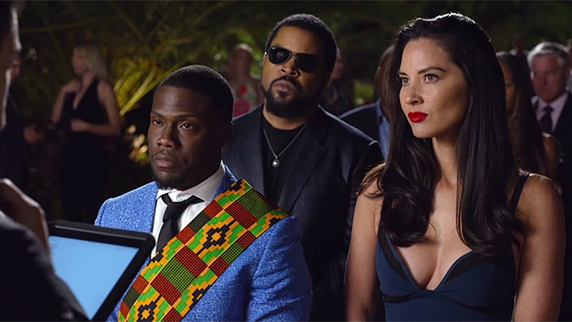 Ice Cube's brand of grumpy works so well in the likes of 21 Jump Street, but he essentially plays the same character in this, only with a bigger role and sub-standard scripting. Hart does his best to garner some laughs with his signature attention-seeking, loud and dramatic presence, but again, it just falls flat.

Some of the best scenes involve Hart going head-to-head with a wedding planner, but even this becomes a parody of itself and had it been done with a little bit of subtlety and restraint instead of going down the slapstick route, it could've actually been quite funny. That goes for the whole film actually, not just that one scene.

There are only so many bad things you can say about a film that left you genuinely bored and watching the clock, but there really isn't a redeeming feature and all I can say is, you'd be better off giving this one a miss.