In Hollywood, the real superhero is Marvel. The comic book stalwarts have created the billion blockbuster, spinning off a multitude of sequels and stand-alone movies from its stable of characters. Joss Whedon's Avengers Assemble was only released three years ago but it's already the third top grossing film of all time.

Such a pity, then, that this latest Avengers romp is so stale, repetitive and lacklustre. Age of Ultron is another funfair of computer-generated destruction that may be the most anticipated movie of the year for comic book fans but for non-believers like me, it's just another smug serving of the same pulp, turned into a predictable and glossy big budget actioner.

The gang's back, sculpted in spandex and toned in leather, to face another global catastrophe and like an exercise in US foreign policy wish-fulfilment, they are here to defend humanity and the Marvel way of life.

There is a new threat, of course, in the form of a couple of Mittel-European Midwich Cuckoos called Pietro and Wanda Maximoff (Aaron Taylor-Johnson and Elizabeth Olsen), aka Quicksilver and Scarlet Witch.

They're mightily annoyed with Tony Stark for manufacturing the bombs which rained down on their village and killed their parents. Scarlet Witch sets about manipulating him into turning a seemingly benevolent AI programme into a nefarious global network which comes to cybernetic life in the form of Ultron.

He is Stark/Iron Man's inner turmoil become real, a kind of Terminator with a very high IQ and he is voiced with a delightful hauteur by James Spader in a performance that owes a lot to Heath Ledger's Joker in The Dark Knight. No surprise then that Spader grabs the best lines and the best scenes in Age of Ultron.

Quoting Chamberlain's "Peace in Our Time", he lays out his plans for achieving world peace by annihilating mankind. Forget all about that tosh about the Übermensch: the big, shiny metal dude just wants to wipe out the blight of humanity altogether. Simples!

So far, so fun. With his plot locked in and a showdown inevitable, Whedon needed to keep his superheroes entertaining, but the Buffy-lite dialogue soon runs dry. (Kudos, though, for the scene where one mere human delivers the killer line: "You know I totally support your avenging.")

Nor does the team hold anything new: Captain America is as bland as ever, Thor is once again the dumb and likeable big man on campus, and Jeremy Renner's Hawkeye, a superhero with a bow and arrow in a world of titanium killing machines, has a dopey, soapy sub-plot involving a private life we never knew he had (relax, it's not that interesting).

Similarly, the tentative romance between The Hulk and Black Widow feels bolted onto the mainframe for effect. It's just a pity that the always great Mark Ruffalo as Bruce Banner/The Hulk doesn't look Black Widow in the eye and warn her: "Don't make me love you; you wouldn't like it when I love you."

Even the action sequences seem muted and lost in a weird haze of déjà vu. We open with a mop-up operation of HYDRA remnants in a forest, blast through a silly and muddled sequence involving a train in Korea, and end up with a grand finale which is absurd even by Marvel standards but fun because it looks like a mash-up between genuine news footage and a Roger Dean prog rock album cover.

It's all fine and functional. It's just not iconic, ironic or funny enough. I find the Marvel movie universe repetitive and dull, but Avengers: Age of Ultron will have geek boys and girls gurning all the way to the IMAX. 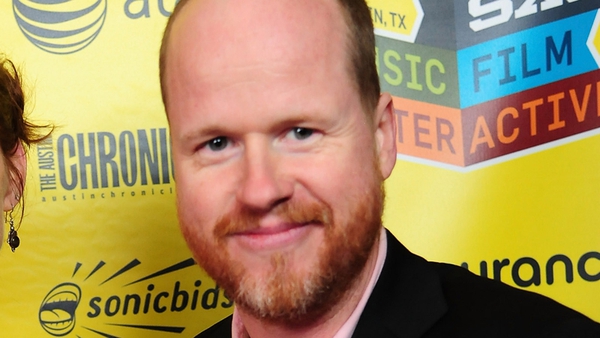