When it comes to truer-by-the-day quotes about the nature of love, the Blaise Pascal gem "The heart has its reasons, of which reason knows nothing" takes some beating. It's also the one that comes to mind the most watching Glassland, Kerry director Gerard Barrett's just-as-special follow-up to his 2013 debut, Pilgrim Hill. This is a masterful study of addiction, family and resilience.

In a house that has long ceased to be a home, John (Jack Reynor) 'lives' with his alcoholic mother Jean (Toni Collette). John's taxi has become a makeshift ambulance and after Jean's latest emergency, doctors have told him that she is "systematically killing herself slowly every day". As the sleep deprivation from his overnight shifts and the feeling of doom that's his constant passenger push him to breaking point, John is forced to ask himself how far he is willing to go to get Jean help. Providing, that is, that she is ready to accept it.

That plot may sound relatively straightforward, but go to Glassland in the knowledge that the emotions and issues on screen are anything but. From the damp to the daily chaos and surprising moments of humour and tenderness, immersion in this world is absolute.

Pilgrim Hill was powered by rural isolation, and that loneliness and absence of support are just as tangible in Glassland's Dublin estate sprawl as Barrett explores in greater depth the conflicts and compromises that come when a child must look after a parent. In Reynor and Collette he has cast perfectly, with great support from Will Poulter as the hard-chaw with a heart, Harry Nagle as the younger brother denied his mother's love and Michael Smiley as the counsellor who provides a light in the darkness. Amazing what a cast and crew can achieve together in two-and-a-half weeks.

You'll be doing well if another film moves you more this year. 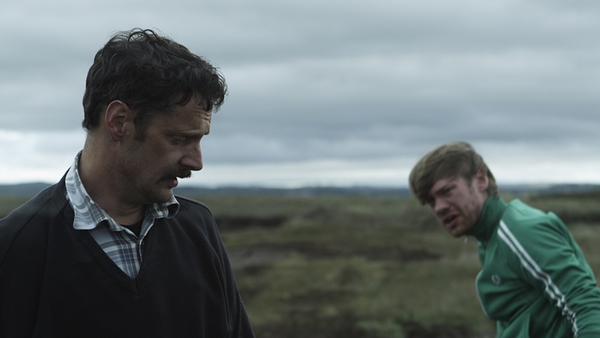