Perhaps the most amazing thing about Non-Stop is that it has taken Hollywood so long to put Liam Neeson in the middle of cat-and-mouse shenanigans at 20,000 feet - almost six years after his action hero stock went sky high with Taken. This variation on that movie's badass, Bryan Mills, sees Neeson reuniting with Unknown director Jaume Collet-Serra and playing a character called, ahem, Bill Marks.

Like Mills, Marks has a very particular set of skills: he's an Air Marshal on transatlantic flights whose I-will-not-take-any-crap airport interactions make you wish you had the guts (and badge) to do the same.

But Marks is also an alcoholic whose approach to his job is 'get on board, let everything settle down, get sozzled and get off the other side'. Not the easiest man to like or trust - so just how much use would he be if something went really wrong?

The physical confines and knees-in-your-back reality of air travel lend themselves to whodunit, and director Collet-Serra does a good job of capturing the undercurrent of annoyance, suspicion and fear that is part and parcel of being strangers on a plane. There are twists and red herrings to keep you guessing once Marks realises that this isn't just another day in a metal tube, with Neeson as watchable as ever - no other actor gives get-out-of-my-way gravitas as good.

If you're a fan of Passenger 57, Executive Decision and even Airplane!, chances are you'll enjoy a fair bit of this ride - but don't go expecting Hitchcock or Agatha Christie levels of quality. Non-Stop becomes too silly, with the ending far more wing-and-a-prayer rushed and CGI-heavy than it needs to be. This really is the kind of movie you would watch on a long haul flight; like Taken, it'll probably do far better business than many expect.

Neeson and Collet-Serra have just finished work on their third film together, Run All Night. Who's to say we won't get a fourth? Bill Marks has enough charisma (and excess baggage) to warrant a return trip - they have the take-off sorted, but they do need to work on the landing. 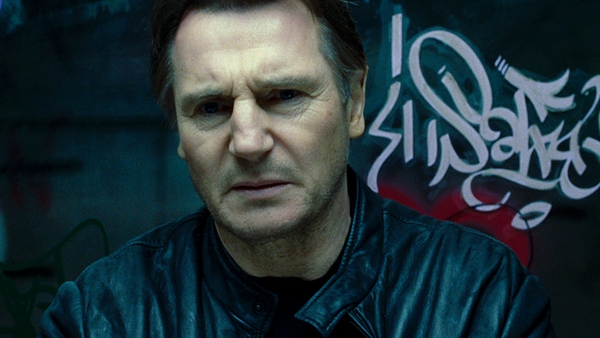