Already the face of one successful franchise, Star Trek's Chris Pine tries for the double whammy with Jack Ryan: Shadow Recruit, boldly going where Alec Baldwin, Harrison Ford and Ben Affleck have gone before by bringing late thriller author Tom Clancy's keeping-the-world-safe hero to big screen life. While the cast for this fifth film outing for Ryan is strong - and director Kenneth Branagh showed with Thor what he could do with an icon - in terms of quality Shadow Recruit is closer to Affleck's The Sum of All Fears than Baldwin's Red October. You may think the word 'pale' is missing from the title.

This origins reboot shows how Ryan goes from student to soldier to spy. Ditching college post-September 11 and enlisting in the Marines, he is critically injured in Afghanistan. After months of rehab back in the US Ryan is still struggling to walk and seems to have lost anything to truly live for. Then a man pays him a visit with an offer.

Thomas Harper (Costner) heads up a unit that "makes sure we don't get hit again". He wants Ryan to complete his PhD and then work for him as an undercover financial analyst on Wall Street. There, he will follow the terrorists' money.

Fast forward 10 years and Ryan is well embedded as a compliance officer in a multinational firm, crunching numbers, passing on the info and living a nice double life with none-the-wiser girlfriend Kathy (Knightley). But when he uncovers suspicious transactions involving Russian billionaire Viktor Cherevin (Branagh), the desk job turns dangerous and he is despatched to Moscow to check the books. There'll be plenty of action on this audit.

While the Russian setting shows a lack of imagination after The Sum of All Fears, up to the point where Pine meets Branagh, Shadow Recruit has set itself up as a fine spy offering in an in-between-Bond year. The pacing has been good, the scenes between Pine and Costner meaty and Branagh looks like he is going to make an excellent adversary for our hero. Not long after their handshake, however, the problems pile up.

Rather than keep the story closer to Zero Dark Thirty or Tinker Tailor Soldier Spy-style drama with a bit of bone crushing thrown in, Shadow Recruit goes the other way. Ryan gets his own Mission: Impossible which becomes more far-fetched by the minute. Hollywood's obsession with computer hacking to generate tension is rolled out once again - and it's not any more nail-biting here than before. Branagh, bizarrely, becomes less interesting and more ham and cheese as the film progresses; there's not enough of Costner, no need for Knightley and the subsequent race against time may have you looking at your watch for very different reasons.

After This Means War you could be forgiven for thinking that Pine would be scared off secret agent movies for life, but he does his best with what he's given. Box office permitting, the studio owes him the right Ryan adventure next time. The mistake with this movie may well have been not setting the whole thing in Afghanistan; the mistake in the next one would be not making it all about Pine and Costner. 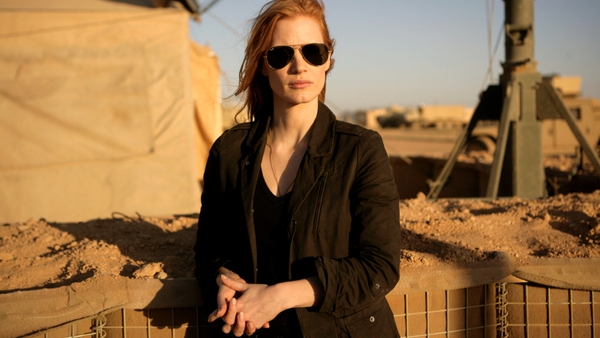