Once we begin to delineate the core personalities in this dizzily hyperactive New York ensemble piece, Frances Ha settles into a pretty decent film. But it's hard to buy the "love letter to Woody Allen" line with which the movie is tagged.

However, once it is suggested, it is hard not to see some Woody furniture lying about. We are in a kind of arty New York scenario, right enough, but Allen's neurotic characters were never this young, surely. They were never this student-y, this upfront about their sexuality, nor were they ever this unashamedly unintellectual. There's a limp reference to reading Proust, because the titular Frances (Greta Gerwig) goes to Paris for a very brief weekend. But that's about it. Other than that, the only art form contemplated is modern dance. Admittedly, at 27, Frances is older than most of the gang she hangs around with, but she just doesn't resemble one of Woody's women.

Gerwig starred with Ben Stiller in director Noah Baumbach's 2010 movie Greenberg and she co-wrote Frances Ha's jumpy script. Certain stretches of the dialogue are almost deliberately irritating, like conversations overheard between self-conscious young people endlessly trying to project something special about themselves. But the film needs the dull ache of that babble, so that when meaningful things are said they stand out with a certain sparkle.

And indeed they do, like that wonderful monologue from Frances about the moment she seeks in an ideal relationship. That moment when two lovers secretly claim each other across a crowded room with a meaningful glance. This, of course, is a kind of cliché but it is saved by exquisite timing. For it comes at a point in the movie when we too have begun to like Frances, the impulsive, annoying but somehow lovable would-be dancer. This dinner party scene is also the one scene in the movie where Frances Ha is almost unashamed Woody Allen pastiche.

Frances is liked by most people she meets, and not just her friends, because she is so visibly all over the shop and people feel protective of her. But she shifts domicile between various friends' flats, with no sense of security or rootedness, determined to make a go of it either as a dancer or as a choreographer. She barely makes ends meet working as a waitress, or in an office job at a dance studio.

From the off we see that she is in love with Sophie (played brilliantly by Sting's daughter, Mickey Sumner). It's mutual but complicated. Aside from their relationship, both go out with guys, although Frances Ha is too much in a hurry to make a bigger deal than necessary about sexuality.

Why bother when everything is fast-moving, fluid and shifting in the star-struck New York night? Frances Ha was shot in seductive black-and-white, as indeed was Woody Allen's 1979 classic Manhattan, if we are clutching at meagre straws of comparison. 'Ha' is short for Handley, incidentally - 'Ha' is the only bit of her surname that will fit on an apartment name slot. The movie is released at the IFI and selected cinemas. 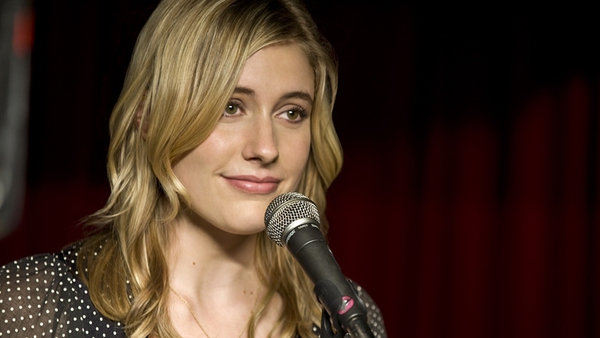