Head above the trench time: has there been just a bit too much brouhaha and internet fury about this Spider-Man reboot going all the way back to the start and telling us, once again, of the student to superhero transformation of Peter Parker?

Granted, there's a valid argument about a lack of ambition in such an approach to rich source material: it's only 10 years since director Sam Raimi raised the bar for comic book adaptations with roughly the same origins story; five since the last (disappointing) instalment of his Tobey Maguire-starring trilogy. But the fact remains that we are all fans of the familiar - far more than we're willing to admit. How many times have you watched a favourite movie again on TV when there was one that you hadn't seen on another channel? Have you ever shelled out for the chance to experience that favourite again on the big screen or for a not-much-different director's cut? Ever queued for a remake? What about buying a remastered album you already own, or a ticket to hear your favourite act play all the hits, yet again? Familiarity may breed contempt, but it also sells. Lots.

For all the bluster, even the most critical of the business decision will end up going to see The Amazing Spider-Man. What they, the adorers and the new arrivals should be able to agree on is that this film is a worthy addition to the genre, and gets more right than wrong. Sandwiched in superhero season between Marvel Avengers Assemble and The Dark Knight Rises, it lacks the set-piece supremacy of the former and the sheer black charisma of the latter, but it's good summer fun with lots of sequel potential.

It begins with a nifty, conspiracy thriller-style prologue explaining how Peter Parker (Garfield) came to be separated from his parents (Scott and Davidtz) and living with Uncle Ben (Sheen) and Aunt May (Field). Scientist dad's parting words to a very young Peter are "Be good", and the rest of the movie is taken up with the boy's struggle to do the right thing.

Soon we see Peter braving the battlefield that is high school - getting told off for skateboarding through the corridors, taking a kicking for standing up for another kid and lusting after classmate Gwen Stacy (Stone) but not really having the guts to do anything about it. It appears that this will be a life spent largely as a watcher and of crushing defeats on entering the fray, but a desire to know more about his father and a visit to the laboratories of biotech giant OSCORP will put Peter on a very different path.

We have a new leading man as the hero (while too good-looking for geek, Garfield has more in terms of brooding than Maguire's goofy grin and glassy stare take on the character); a different love interest (a sexier Stone taking the place of Kirsten Dunst's girl-next-door Mary Jane) and villain (Ifans' The Lizard in for Willem Dafoe's The Green Goblin - the latter was better), but, overall, we're tangled up in déjà vu here, and even if you're watching The Amazing Spider-Man a full decade since you saw Raimi's 2002 version of events, Webb's film feels very familiar.

That, however, does not mean that his movie is ever a slog - he has more to offer than just the most appropriate surname in movie history. As he showed with (500) Days of Summer, Webb's very good at depicting relationships and that mixture of longing, liberation and self-loathing that high school brings is very well-handled here - millions of teens will agree. Garfield and Stone have that spark on screen (and subsequently off) and there's also more of an edge to the Peter-Gwen relationship than the Peter-Mary Jane one, helped by the fact that her father is Captain Stacy (Leary), the man tasked with hunting Spider-Man down. In the quieter, rebel romance scenes you can see how the story can grow and establish its own identity away from what went before. They'll need stronger villains and up-the-ante action sequences in the future, but the two leads are worth sticking with for the long haul.

Hopefully, the powers that be will remember that the long haul can go in any direction. If they can wind back to the early years for this movie - and still pull in the crowds - there's no reason why they can't fast forward the next time 'round. It's a big Marvel world out there, and if you know your history and the Gwen Stacy story, we could have some very interesting movies indeed. Oh, and make sure to hang around for the post-credits scene here - it's one of the most intriguing in a Marvel blockbuster to date. 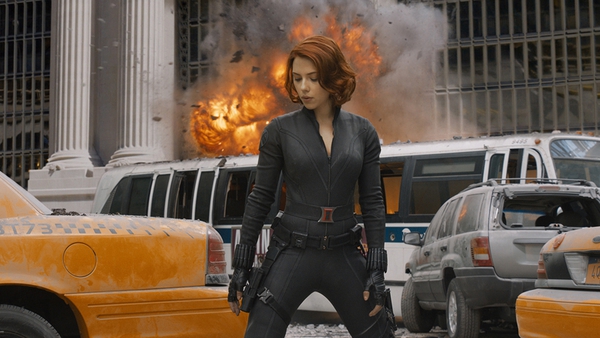