January has proven once again to be the month to while away in the cinema following the release of 'The King's Speech', '127 Hours', 'Neds' and now 'Black Swan'.

A new genre is born as ballet horror prepares to take centre stage this awards season. After blowing critics away as a vulnerable 13-year-old in 'Léon' (and in numerous roles since), Natalie Portman has finally been given the most complex adult role of her career to date, thanks to Darren Aronofsky.

She stars as the beautiful, perfectionist ballerina Nina who is waiting for her big break from her corps' artistic director, Tomas (Cassel). It finally comes when the New York Ballet's prima-ballerina (Ryder) is forced into retirement and Nina is forced onto the revolving casting couch before being crowned as 'Black Swan's queen.

However, her over-protective mother (Hershey) reveals that her daughter is prone to self-harm during times of stress and this opportunity qualifies as a major trigger. The trap is sprung by Lily (a striking turn by Kunis), a new ballerina who impresses Tomas with her carefree style and passion, on and off the stage.

Following a year of intense physical training, Portman certainly looks the part and aside from a few scenes with a double, she appears to perform most of the dance. Portman is perfect in the role, amazing in fact. The film hangs upon her sinewy shoulders as she portrays both the innocent and pure and the black and evil swans. She has already earned a Golden Globe for her performance, with an Oscar nod surely set to follow.

'Requiem for a Dream', 'The Fountain' and 'The Wrestler' - Aronofsky knows how to pick and tell a story and his eight-year wait to work with Portman on this project has paid great dividends.

He reveals the body horror, the blood, pain and tears behind the beauty of dance in this microcosm and gently blurs the lines between reality and terror.

There are, however, a number of incomplete subplots and characters, in particular Nina's mother - perhaps with some of the character depth being left on the cutting room floor.

There is another departure for Aronofsky into a new mini-culture next, as he helms 'The Wolverine', a promised no-nonsense, stand-alone picture with Hugh Jackman returning as the eponymous comic book character. It goes without saying that it’s all eyes on Portman as more challenging roles line-up for the star. 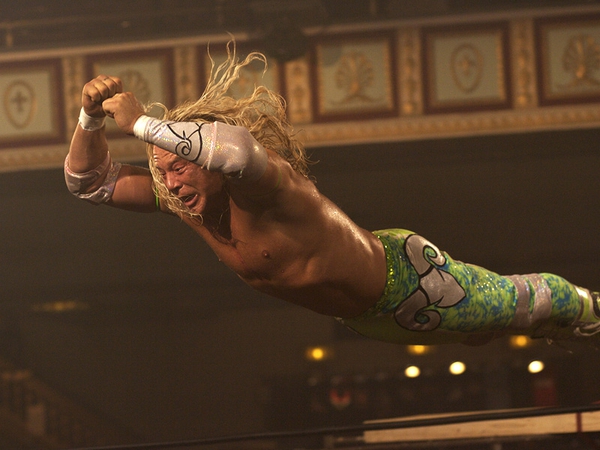