The curse of child actors stretches back decades, with many unable to get meaningful roles as adults. But among those who have bucked the trend is Jamie Bell. Since his debut in 'Billy Elliot', Bell, now 21, has worked on such films as 'Flags of Our Fathers' and 'King Kong'. He's still most famous for 'Billy Elliot', but after 'Hallam Foe' that should change for a lot of people.

Hallam Foe (Bell) is a very bright but very mixed up 17-year-old who spends his days in a treehouse on his wealthy father's (Hinds) vast Scottish estate. Unable to come to terms with the drowning of his mother, and father's subsequent remarriage to his secretary (Forlani), Hallam has isolated himself from meaningful human contact and prefers to hide out in the world he's created.

While he originally came to the treehouse to watch birds, his interest have taken on a more sinister dimension, and he now spies on courting couples - even going so far as to prowl around local housing estates in the dark.

Hallam's secret life comes to a crossroads when his stepmother finds his diaries, confronts him and, following a very heated exchange, he runs away from home. Ditching his sim card so he can't be tracked, he arrives in Edinburgh and manages to get a job as a kitchen porter, thanks to his persistence with the hotel HR manager (Myles) he's followed to work - a woman who bears more than a passing resemblance to his late mother...

Mackenzie's other films - the Ewan McGregor-starring 'Young Adam' and the Natasha Richardson-starring 'Asylum' - were distinctive works that examined the nature of human desire and the wreckage of relationships. 'Hallam Foe' also continues his interest in these themes but is far less heavy-going than its predecessors.

What Mackenzie has shown himself to be expert at in his films is bringing multi-layered characters to the screen and here - working from Peter Jinks' source novel - is no different. Looking at the plot, a film about a voyeur-turned-stalker should not be so appealing, but there's much more to Hallam than just drainpipe shimmying and lock picking and as the story progresses we see that these are just symptoms of a bigger wanting.

In the title role Bell is superb, bringing humour, ingenuity, naivety and menace to his character. You find yourself rooting for him even when his behaviour is out of order because you know that his misdeeds have good intentions in them – well, most of them, anyway. His relationship with Myles' character is one of cinemas more unusual offerings and the Edinburgh backdrop and a fantastic soundtrack from Scottish bands and artists make 'Hallam Foe' even more memorable.

Ultimately this is a story about someone who finds within him the means to stop watching other people's lives and tries to live his own. It's a lesson we all need to remember from time to time. 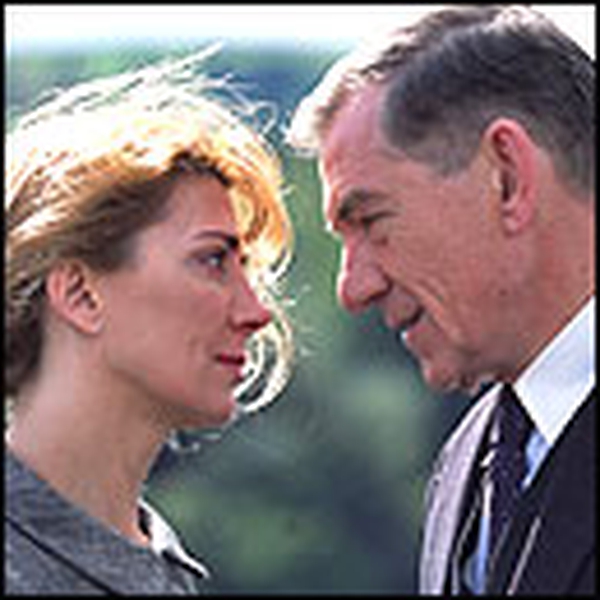