A scene-stealing cult hero to some for his supporting performance as Steve Carell's co-worker Cal in 'The 40-Year-Old Virgin', Canadian Seth Rogen has become a bona fide A-list comedy star thanks to the surprise performance of 'Knocked Up' at the US box office. After seeing it you'll be convinced that a very special talent has arrived.

Directed and co-written by 'The 40-Year-Old Virgin's Judd Apatow, 'Knocked Up' looks at what happens when two people who should never have crossed each other's paths do.

Alison Scott (Heigl) is an ambitious young researcher on celebrity channel E! who has just discovered that the powers-that-be want her to move from behind the cameras to in front of them.

Ben Stone (Rogen) has no job, lives off the $14,000 he received as a high school student when a truck ran over his foot, spends his day getting wasted with his housemates and helps them design Flesh of the Stars, a website which will tell you exactly where your favourite actress is naked in her films.

When Alison goes out to a nightclub with her sister Debbie (Mann) to celebrate her promotion, Ben is at the bar. The two drunkenly hit it off and end up sleeping together. The next morning he can't remember and she'd do anything to forget.

But a few weeks later it becomes apparent that Alison and Ben are going to have a far bigger role in each other's lives than either had hoped (Ben) or feared (Alison). She's pregnant.

"Life doesn't care about your plans." If there's one reason to go and see this film it's to hear this reminder during a telephone conversation between Alison and Ben. But don't take it as a downer: it's a liberating line and it's in a film that will be the comedy of the year, maybe even the movie of the year, for some people.

'Knocked Up' is an examination of how and why people end up together and the lengths they do and don't go to in their attempts to make things work. It's both crude and heartwarming and shows the differences between men and women better than a lot of relationship movies.

What makes 'Knocked Up' a must-see is the fact that Apatow has created such believable characters - you can see yourself in them and their responses to what life hurls at them. Apatow has a genuine affection for them, and you will too.

Rogen's character would be clichéd in other's hands, but his superb performance combines boorishness and sensitivity and he brilliantly conveys the bolt-or-be-brave dilemma Ben finds himself in.

With less laughs to work with Heigl brings the right mix of hope and confusion to her role, and there are plenty of memorable scenes between the two of them.

Rogen and Heigl are also excellently complemented by Mann and Rudd, who as the 10-years-married couple offer up insights on what may lie ahead.

There are times, most notably towards the end, when 'Knocked Up's mixture of the funny and serious doesn't gel as well as in other parts, and there are also too many repetitive scenes involving Ben's housemates. But these are minor complaints and don't take away from what this film has to say and how it says it.

Behind the laughs - and there are many - it gives you plenty to think about - including, perhaps, 'yes', 'no' or 'what if' about the person next to you. 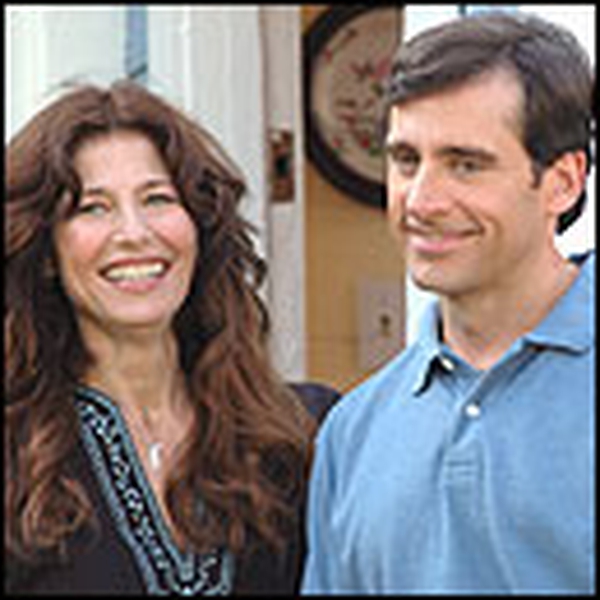