Octavia Spencer said that her star on the Hollywood Walk of Fame was "isn't a solitary achievement".

The US actress said it had taken her "a minute to absorb the profundity of this moment" as she thanked "my family, my tribe, my village" at the ceremony in Los Angeles on Thursday.

Spencer is known for her roles in films including Hidden Figures, Ma and The Help, the latter winning her an Academy Award for Best Actress in a Supporting Role in 2012.

Her performance as Minny in the DreamWorks feature film also won her a Bafta, a Golden Globe, SAG award and Broadcast Film Critics' Choice Award.

Since then she has received two further Best Supporting Actress Oscar nominations, for Hidden Figures in 2017, and The Shape Of Water in 2018.

She was joined on the Walk Of Fame by fellow actors Will Ferrell and Allison Janney, who spoke before the presentation, as well as other famous faces including Viola Davis.

Spencer said her success had come "after a fair but healthy amount of failure and rejection".

"To be forever cemented in the mythology of this city and the film industry is an amazing honour. It took me a minute to absorb the profundity of this moment," she said.

"The culmination of my dreams realised, hard work rewarded after a fair but healthy amount of failure and rejection."

She went on to thank a long list of friends, family, colleagues and other members of the entertainment industry, at times becoming emotional.

"If you happen upon my star, while mine will be the only name you see, remember all the people that I just named today, my village," she said.

"They're only a fraction of the people that guide me from behind the scenes.

"For me, this isn’t a solitary achievement. For me, it took my family, my tribe, my village."

Spencer’s star is the 2,742nd on the Hollywood Walk of Fame and is awarded in the category of motion pictures. 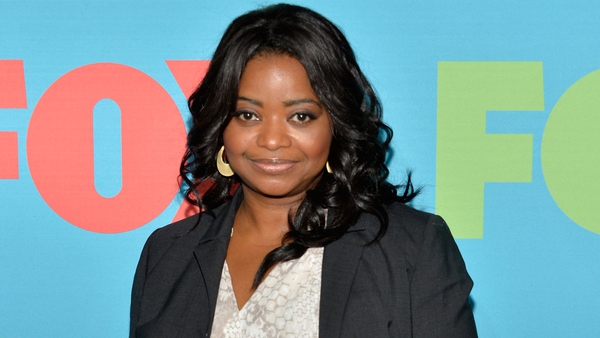