U2 drummer Larry Mullen is reported to have said that he needs surgery, and if the band plays live in 2023 then they will have to do so without him.

Speaking to The Washington Post in his first interview in seven years, the 61-year-old drummer is said to be suffering the effects of a lifetime playing the drums and says he needs surgery to continue playing.

"I have lots of bits falling off, elbows, knees, necks, and so during Covid, when we weren't playing, I got a chance to have a look at some of these things," Mullen said. "So, there's some damage along the way."

"So, I'd like to take some time, which I will do to get myself healed and I really enjoy playing and I enjoy the process of playing and being in the company of creative people. I enjoy that. I don't care if that's big or small. It's a bit like the sprout looking for water."

Following rumours that U2 are set to undertake a Vegas residency next year, fans have speculated on whether Mullen will be joining the band live on stage in 2023.

In response the journalist who conducted the interview has issued a tweet clarifying the drummer's comments.

I've been told (okay, by Chris, the fan) that there is unrest in the U2 community about what Larry said in our profile. As a fan of many, I understand. It seems fair to share a few more details. https://t.co/qT2Fs0dfC0

In the interview, Mullen, who is often credited as the man who formed U2 after he pinned a note to the noticeboard in Mount Temple School in Dublin looking for fellow musicians, also says the dynamics in the band changed after they achieved mega stardom, adding that decisions would be made by what they called the "Politburo". .

"You only do this if you’re having the best time," Mullen told The Washington Post. "And not everyone is going to make it because the price is so high.

"So I think the challenge is for more generosity. More openness to the process. I am autonomous and I value my autonomy.

"I don’t sing from the same hymn sheet. I don’t pray to the same version of God. So everyone has their limits. And you only do this if it is a great time you’re having, you know?"

In the Washington Post interview, U2 frontman Bono says that the band have come close to breaking up on several occasions and admits some of the group's finest work has cost them in personal relationships.

The quartet - Bono, The Edge, Adam Clayton and Larry Mullen Jr - have a lot to celebrate.

Not only are they close to marking an impressive 50 years together, but they were recently selected to be part of the prestigious 45th class of the Kennedy Center Honors, for their stellar contributions to American culture through the performing arts.

Despite their many achievements and successful career, Bono admits the band came close to parting ways more often than fans may think.

Speaking to The Washington Post about the band's relationship, Bono said: "We come close to breaking up much more often than you'd think.

"Usually after the really good albums, because they cost you in personal relationships because you're pushing each other and get really at your elastic limit." 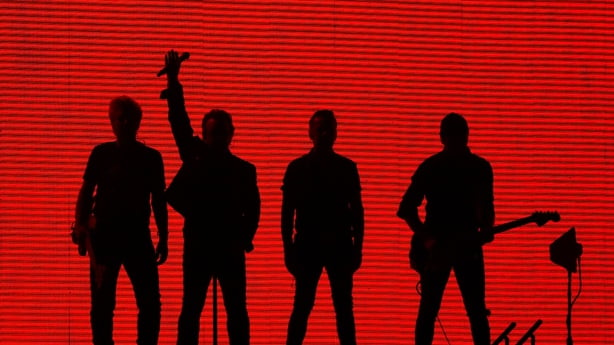 Bono also teased the band's upcoming album and explained how their new music will move away for the group's recent work.

"The country’s changed for a group like U2," he said. "But I have a feeling that we have something. That if we can distill it on these next sessions, this unreasonable guitar record that we all want to make actually, I just feel there’s a moment … I don’t know if you can capture people for a whole album.

"But what if it was just an EP or just one song that could burst through? We don’t need it on the pop charts. We don’t. But we need people to pass it around. I think we do want that."

U2 most recent album was 2017's Songs of Experience and their most recent gigs in Ireland were in 2018.