Not living in Ireland? Don't worry, you can still watch The Late Late Toy Show live on the RTÉ Player. And if for any reason you miss it on Friday, you can catch up on-demand.

The Late Late Toy Show, one of the most-watched TV events in Ireland, will be available for families around the world to watch on RTÉ Player on Friday 25 November at 9:35pm Irish time.

This unique cultural phenomenon, which first aired on RTÉ in the early 1970s, is a stand-out childhood highlight for generations of Irish people and continues to attract record audiences every year.

It started as a half-hour slot at the end of The Late Late Show, designed to give parents an idea of what toys were in the shops for Christmas while their children were asleep. It soon became a one-night show in its own right, complete with children toy-testers and performers. It was initially presented by Gay Byrne until Pat Kenny took over in 1999 and then Ryan Tubridy in 2009.

For Irish families living abroad, this much-loved tradition can be passed on to the next generation with The Late Late Toy Show being available to watch live and on-demand on the RTÉ Player.

Tune in wherever you are!

The Late Late Toy Show, Friday 25 November at 9:35pm Irish time on RTÉ One and the RTÉ Player 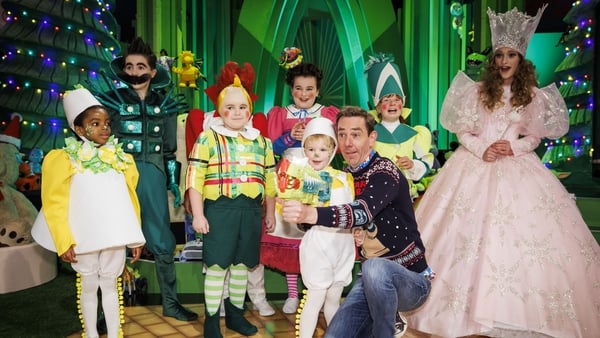