Lily-Rose Depp has said she is "not here to answer for anybody" and has asked to be defined by her own actions, not those of the men in her life.

Speaking to Elle magazine, Lily-Rose said: "When it’s something that’s so private and so personal that all of a sudden becomes not so personal… I feel really entitled to my secret garden of thoughts.

"I also think that I’m not here to answer for anybody, and I feel like for a lot of my career, people have really wanted to define me by the men in my life, whether that’s my family members or my boyfriends, whatever.

"And I’m really ready to be defined for the things that I put out there."

Johnny Depp sued his former partner over a 2018 article she wrote for the Washington Post about her experiences as a survivor of domestic abuse, which his lawyers said falsely accused him of being an abuser.

In June this year, a jury at Fairfax County Court returned a verdict in his favour and he was awarded $10.3 million dollars (£8.43 million) for damage to his reputation.

Lily-Rose went on to explain her experience of growing up with celebrity parents - the model’s mother is French singer and actress Vanessa Paradis - saying: "My parents protected my brother and me from it as much as possible.

"I know my childhood didn’t look like everybody’s childhood, and it’s a very particular thing to deal with, but it’s also the only thing that I know."

Speaking about her relationship with her mother, she added: "It was really cool for me and my brother to see our mum being the ultimate comforting and loving person, but also having such a rich, full life of her own, watching her go onstage and sing for thousands of people, and just be so in her own zone and in touch with herself and her art."

Lily-Rose is set to star in upcoming HBO drama series The Idol, the release date of which is yet to be confirmed.

In the show – which is executive produced by Abel Tesfaye, better known as Canadian singer The Weeknd – Lily-Rose plays protagonist and up-and-coming pop star Jocelyn in what the show’s trailer describes as "the sleaziest love story in all of Hollywood".

Lily-Rose also reflected on accusations of nepotism given the celebrity status of her mother and father.

"The internet seems to care a lot about that kind of stuff. People are going to have preconceived ideas about you or how you got there, and I can definitely say that nothing is going to get you the part except for being right for the part," she said.

"The internet cares a lot more about who your family is than the people who are casting you in things.

The full interview with Lily-Rose Depp is available on Elle.com now. 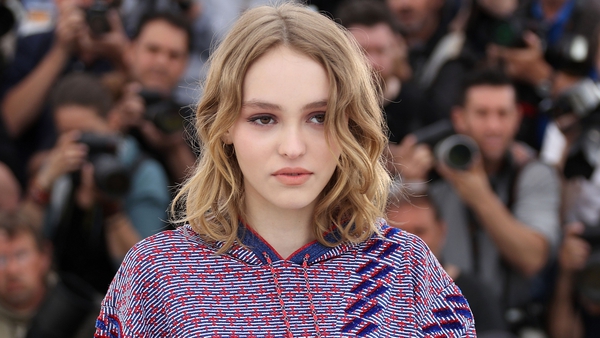