Caitríona Balfe has been nominated for Best Actress in a Television Series at this year's BAFTA Scotland awards.

The Dublin-born actress has been nominated for her portrayal of Claire Fraser in historical drama series Outlander. Also nominated in the Best Actress in a Television Series are Suranne Jones for Vigil and Phyllis Logan for Guilt.

Edith Bowman will return to host the ceremony, which will be held in Glasgow on Sunday November 20.

Peter Capaldi has been nominated in the Actor Film category for his role in Benediction, while his co-star Jack Lowden and Mark Bonnar Operation Mincemeat are also in the running.

Tilda Swinton is nominated in the Actress Film category for The Souvenir Part II, with Izuka Hoyle Boiling Point and Marli Siu Our Ladies also on the shortlist.

Dougray Scott is on the shortlist for the Actor Television award for Crime, along with Ncuti Gatwa Sex Education and Jack Docherty Scot Squad Hogmanay Special.

The top nominated programmes/films are Vigil which leads with five nominations, followed by Guilt which has three, while Benediction, Our Ladies, and The Hunt For Bible John all have two nominations each.

BAFTA Scotland director Jude MacLaverty said: "The strength and breadth of this year’s nominations are testament to the dedicated, creative and extraordinarily talented people working in the Scottish screen industries.

"Yet 2022 remains an uncertain and challenging time for the sector, and as an arts charity we understand the incredible financial pressures that organisations and individuals are currently facing.

"In showcasing and celebrating all the nominees at the ceremony next month, the Bafta Scotland Awards will be an opportunity to reiterate the case for support and recognition of Scotland’s incredible creative community and its phenomenal output."

In the Director Fiction category, Max Myers is nominated for Shetland while Isabelle Sieb and James Strong are both nominated for Vigil.

Jack Cocker is nominated in the Director Factual slot for Runrig: There Must Be A Place, while John MacLaverty is in the running for The Mystery Of Anthrax Island, and Matt Pinder for The Hunt For Bible John.

Bowman said: "I can’t believe I get to host the wonderful BAFTA Scotland awards again, it’s a genuine honour.

"The list of nominees are not just impressive but inspiring, the wealth of creative talent and craft that exists in Scotland makes me so proud.

"I can’t wait to celebrate with everyone on November 20." 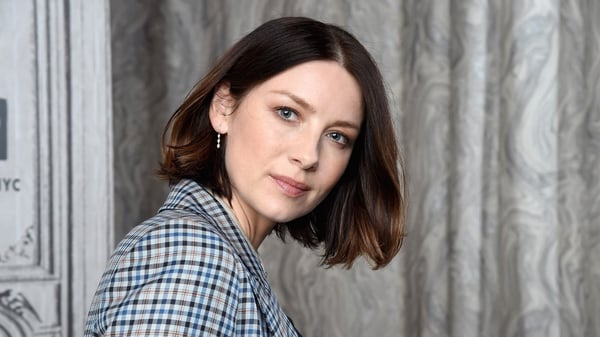