Monaghan actress Caitriona Balfe has announced the birth of her baby son.

Balfe plays Claire Fraser in the Starz drama series Outlander, for which she has been nominated four times for a Golden Globe, won two People's Choice Awards, two Saturn Awards, and an Irish Film and Television Award.

Making the announcement of her new arrival on social media, the former Victoria Secret's model said: 'I've been off socials for a while as I was taking some time to enjoy cooking up this little human …. We are so grateful for this little soul ….that he chose us as his parents.

"I’m in awe of him already and can’t help stare and wonder at all the possibilities of who he will become, where he will go and what he’ll do on the big adventure of his life.

"Right now he seems so small and fragile and I constantly think how grateful I am that I live in a place, in a time where he is born into peace and safety and yet at the same time I see so many in the world right now that aren’t afforded that same privilege and opportunity … who are born into famine or war and how unjust it is that the same safety isn’t there for all children.

"Here in the west we have so much, we are so lucky and so if you’d like to join me in supporting any of the wonderful charities that need help trying to give those that are forgotten dignity and hope, we can give the gift of peace and safety and opportunity to a few more children … @wchildcancer @chooselove @unicef @refugees." she added.

The 41-year-old actress married her music producer boyfriend Tony McGill in the UK in the summer of 2019 at St. Mary's Church in Bruton, Somerset.

The pair, who are notoriously private, were first seen together in 2015 when a friend shared an Instagram video of Balfe sitting on McGill's lap as she played the tin whistle.

The DIT graduate became a household name due to the popularity of Outlander, the TV drama based on a series of books by Diana Gabaldon of the same name, which explore past lives and time travel to answer why the past has influenced the present. 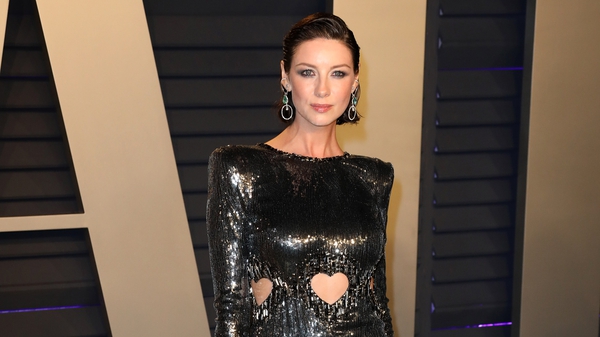